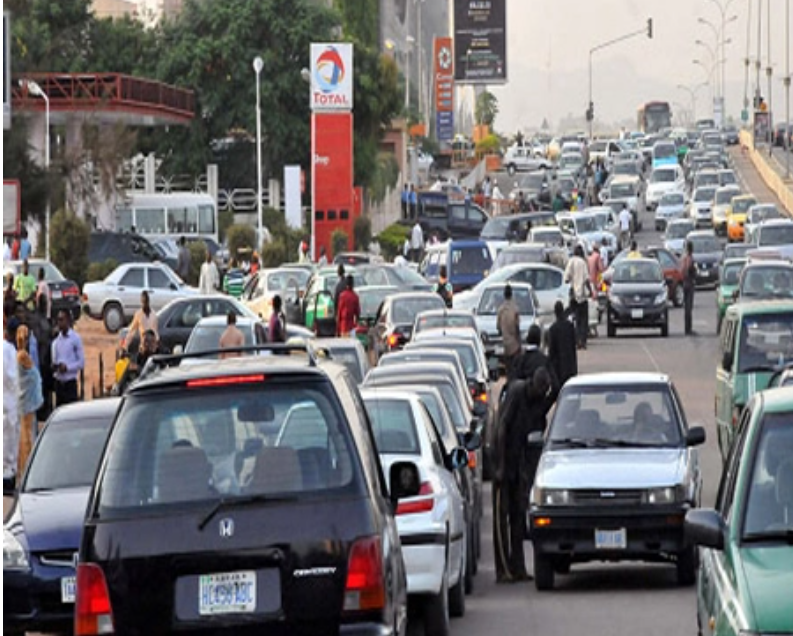 The federal government has set up a 14-man committee to end fuel scarcity.

NewsOnline reports that the federal government, on Tuesday, approved the constitution of a 14-man steering committee on petroleum products supply and distribution management, which will be personally chaired by President Muhammadu Buhari.

This is contained in a statement signed by Horatius Egua, Senior Ad­viser (Media & Communications) to Minister of State for Petroleum Re­sources, and made available to jour­nalists in Abuja on Tuesday.

It noted that the steering committee, which has the minister, Chief Timipre Sylva as Alternate Chairman is expected to among other things ensure transparent and efficient supply and distribution of petroleum products across the country.

To further ensure sanity in the supply and distribution across the value chain, Sylva said that he had directed the Nigerian Midstream and Downstream Petroleum Regulatory Authority (NMDPRA) to ensure strict compliance with the government-approved ex-depot and retail prices of petrol.

The minister further directed the NMDPRA to ensure that NNPC limited, which is the supplier of last resort, meets the domestic supply obligation of petrol and other petroleum products in the country.

The statement stated that the interest of the ordinary Nigerian should be protected from price exploitation on other deregulated products such as diesel, kerosene and gas.

“The federal government will not allow misguided elements to bring untold hardship upon the citizenry and attempt to discredit government’s efforts in consolidating the gains made thus far in the oil and gas sector of the economy,” Sylva noted.

Others that made up the steering committee are the Authority Chief Executive, (NMDPRA), Governor, Central Bank of Nigeria (CBN), Group Chief Executive Officer, NNPC Limited, Special Adviser (Special Duties) to Sylva, while the Technical Advisor (Midstream) to the HMSPR will serve as Secretary.

Meanwhile, Sylva has said that the unprecedented and sustained Declaration of Cooperation (DoC) with 10 non-Organisation of Petroleum Exporting Countries (OPEC) oil-producing countries remains an unparalleled feat in the history of the oil industry.

The DoC saved the oil industry from total collapse due to the COVID-19 pandemic, as well as helped in the recovery of the global economy following the devastating pandemic, Sylva stated.

The minister spoke when Equatorial Guinea’s Minister of Mines and Hydrocarbons, Gabriel Mbaga Obiang Lima, visited him in Abuja.

Sylva explained that it is now widely acknowledged that, had OPEC not existed over the past 60 years, the global oil market would have been in perpetual chaos.

“Many countries would not have been able to develop their oil industry due to stiff competition. The collaboration between OPEC member countries enabled the participation of all players, whatever the level of production. This underpins the importance of OPEC membership.

“It is remarkable that the current 13 members of OPEC – accounting for about 80 per cent of the global proven crude oil reserves, 38 per cent of production, and 48 per cent of exports – include seven African countries – Algeria, Angola, Congo, Equatorial Guinea, Gabon, Libya and Nigeria.

“  It is likewise remarkable that Africa is producing the 4th President of OPEC Conference in consecutive years.  This is a demonstration of Africa’s capability to lead and direct global affairs, and to take its rightful place among the comity of nations on global issues,” Sylva stated.

Sylva also alluded to a pertinent challenge that currently threatens the oil and gas industry in Africa.

“ This has to do with dwindling investments.  With the fastest growing population in the world, and an unimaginable prevalent energy poverty level across the continent, Africa’s energy need will continue to grow in leaps and bounds over the foreseeable future.

“ It is estimated that about 640 million Africans have no access to electricity, while about 900 million Africans have no access to clean cooking fuels. While taking cognisance of the current global drive towards renewable energy, Africa will undoubtedly need to continue to utilise its abundant oil and gas resources for the continent to be delivered from the shackles of perpetual energy poverty and stunted economic growth.

“Africa has an enormous proven crude oil reserve of over 125 billion barrels and over 630 trillion cu foot (TCF) of natural gas reserve.  Investments required in the medium term to sustain oil and gas production in the continent was recently estimated at an average of about $40 billion annually,” the minister said.

Sylva implored the minister from Equatorial Guinea to use the opportunity of his presidency tenure to promote the cause of Africa and attract more investments into the oil and gas industry in the continent.

“  I am of the opinion that local content should be at the driver’s seat for investments in Africa’s oil and gas industry, for the continent to witness sustainable development.  In this context, the ongoing move to establish an African Energy Bank is a right move in the right direction.

“Nigeria will continue to lend full support to the efforts of both OPEC in its quest to balance and stabilise the energy market for the benefit of all, as well as strengthening our shared values and protecting our common interest,” the minister added.