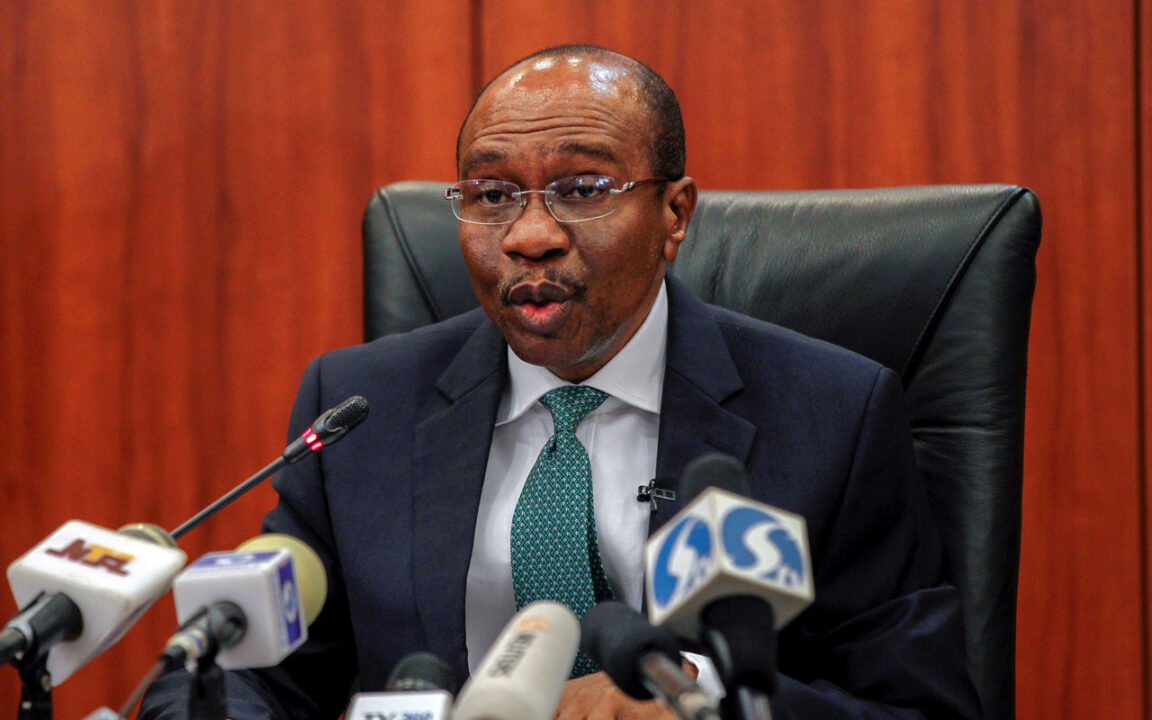 The Governor of Central Bank of Nigeria (CBN), Dr. Godwin Emefiele, has clarified that the limit placed on over-the-counter withdrawals cannot be reversed.

Newsonline reports that Emefiele said a situation where 85% of the total money in circulation in the county is outside the bank is not acceptable.

The CBN governor stated this on Thursday at the home of President Muhammadu Buhari, in Daura, Katsina State.

The National Assembly in its resolution on cash withdrawal limits placed by CBN at a maximum of N100,000 for individuals and N500,000 for companies said the policy might worsen the current economic situation.

READ ALSO: ‘I Was Chased Out of Office, Can Never Be President Again’ – Goodluck Jonathan

CBN governor, Emefiele while addressing journalists in Daura said there would be no rigidity on the policy and no reversal, appealing to Nigerians to embrace the new policy. He added that the new withdrawal policy was not aimed at hurting any section of the society but to leapfrog the country into a cashless economy.

Emefiele said, “and we think Nigeria, as the biggest economy in Africa, needs to leapfrog into the cashless economy.

“We cannot continue to allow a situation where over 85 percent of the cash that is in circulation is outside the bank. More and more countries that are embracing digitization have gone cashless.”

Many voices have been raised against the new over-the-counter withdrawal policy of the CBN, especially on whether it is safe for an economy where 60% are working in the informal sector.

Award-winning investigative journalist, David Hundeyin, lamented that in a country where electricity and internet services are problem and majority of the citizens are poor, the new CBN policy may create a new type of black market for naira exchange.

David said, “let me make a painfully obvious prediction. There will be NO significant reduction in cash usage in Nigeria’s predominantly informal economy.

“In the absence of ATMs and agency banking, you will start seeing Alhajis selling naira notes on the streets.

“In addition to effectively introducing a new tax on cash use, this CBN policy has also created a new business model for currency dealers who have back-door access to cash notes, to begin selling cash to those who need it in exchange for transfers. A new black market.”

David argued further, “If the CBN actually believed that it could impose cashlessness on Nigeria, the policy would have simply banned cash withdrawals over a certain threshold, or made them subject to an application.

“Instead, all it did was charge individuals 5% and corporates 10% to exceed the limit. It’s literally just another tax.