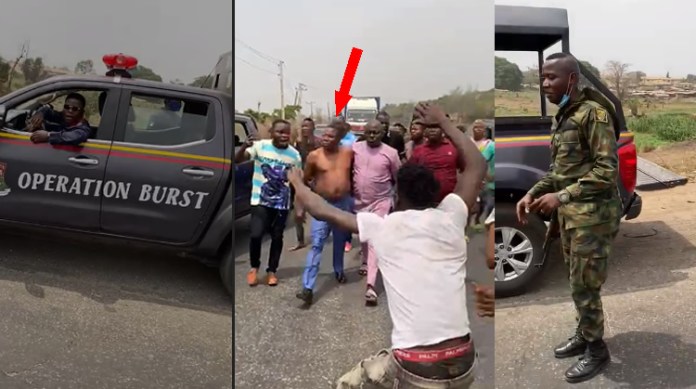 NewsOnline Nigeria reports that there was pandemonium along the Lagos-Ibadan Expressway on Friday when a joint team of policemen and the Department of State Services attempted to arrest Yoruba activist, Sunday Adeyemo, better known as Sunday Igboho.

According to a video on social media, Igboho, who is topless, is seen with his men daring the security operatives to “do their worst” before they drove off.