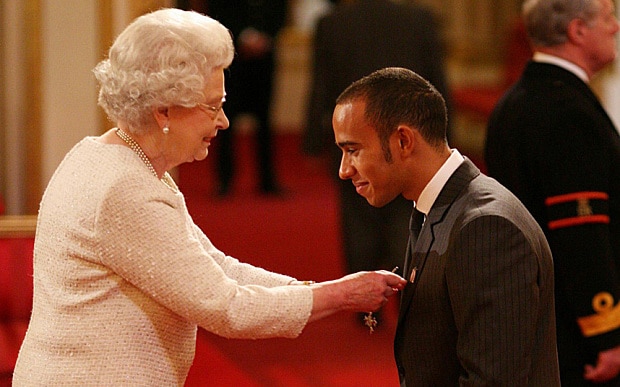 Lewis Hamilton will be on Queen Elizabeth’s honours roll for a knighthood in the New Year, British media reported.

NewsOnline Nigeria learnt from both The Sun and Daily Mail reports that Hamilton qualified for the honour after winning his seventh world championship last week.

The Sun, quoting the Government’s Honours Committee said Hamilton’s tax controversy will not be an impediment.

Hamilton’s tax affairs are ‘all in order’, a member of the committee was quoted to have said.

A knighthood is a title that is given to a man by a British king or queen for his achievements or his service to his country.

A man who has been given a knighthood can put ‘ Sir’ in front of his name instead of ‘ Mr’.

Hamilton himself has previously played down the calls for a knighthood, saying: ‘I’ve not saved any lives, I’m not an unsung hero like NHS staff or Captain Sir Tom Moore.’

But he told the BBC that if the honour was to be bestowed on him, it would be the happiest day of his life to meet the Queen again.

Hamilton, who lives in Monaco, was honoured with MBE by the Queen in 2008, just after he won the Formula One championship as a McLaren driver.

The MBE means Member of the British Empire.

Hamilton, who was born in Stevenage was just 23 years old then.

Since then, he has recorded more successes in Formula One and won more titles than legend Michael Schumacher.

Hamilton is surely looking forward to the new honour.

‘Like everyone, I’ve grown up adoring the royal family”, he told the BBC.

“If one day I am honoured to be up in front of the queen again, it would be the happiest day ever to see her again.

“She’s an icon, such an incredible individual,” he said.