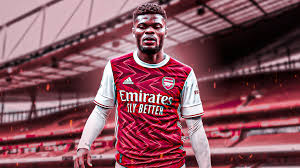 The Ghanaian joined the Gunners from Atlético Madrid after the north London side triggered his £45 million release clause.

Partey controlled the midfield in Arsenal’s 2-1 victory over Rapid Vienna within the Europa League and also had a superb performance in the Gunners’ victory over Manchester United.
Merson, while speaking on Arsenal’s victory at Old Trafford, described Partey as the best signing.

“They beat a really, terribly poor Manchester United team on the day. They’ve done employment, we’ve seen them lose those games over the last five or six years.”

“But I feel Partey’s a huge, massive difference. I mean, what a signing.”
“When you mention signings within the summer, he needs to be favorite. I cannot believe, without being horrible here, that Arsenal got him,” Merson said on Sky Sports.