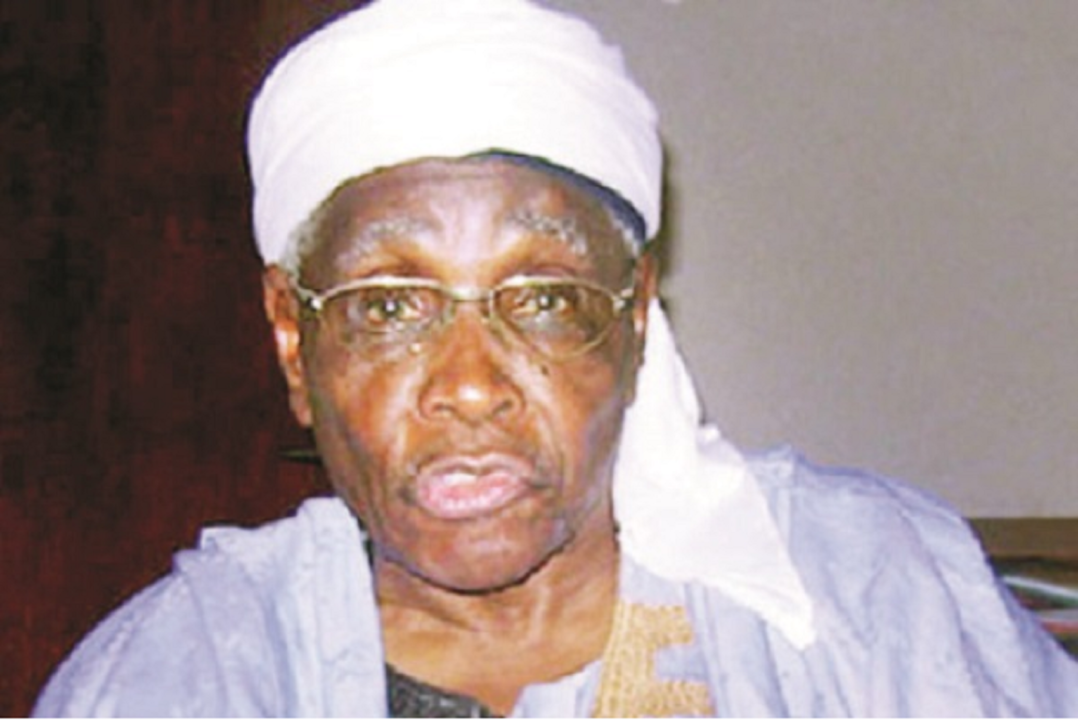 Northern Elders are reportedly in dilemma over the choice of a 2023 Presidential Candidate.

NewsOnline reports that there are indications that as the 2023 general election inches closer, elders from the northern part of the country are in a fix over their choice among the presidential candidates.

This online news platform understands that the Nigeria Presidential poll billed to take place on February 25, 2023, has Bola Ahmed Tinubu of the All Progressives Congress (APC), Atiku Abubakar of the Peoples Democratic Party (PDP), Peter Obi of Labour Party (LP), and Rabiu Musa Kwankwaso of New Nigeria Peoples Party (NNPP) as the four leading candidates for the electoral contest.

NewsOnline Friday gathered that a clash of interest among members of the Northern Elders Forum (NEF) is the reason why the elders are yet to announce their choice among the presidential hopefuls.

The group had supported President Muhammadu Buhari to win the 2015 election but later worked against his reelection in 2019.

NEF had in September last year said it would subject candidates of various political parties seeking northern votes to a rigorous interrogation exercise until they are convinced about who has the capacity to fix the country.

Spokesman of the forum, Dr Hakeem Baba-Ahmed, who stated this when he appeared on ‘Politics Today,’ a popular programme on Channels Television, noted that the northern elders made a terrible mistake in 2015 when they asked the people to give their bloc votes to Buhari without demanding his blueprint.

“We will subject all candidates including Atiku, Tinubu, Obi through a rigorous process and they had better be willing because, believe me, we carry the responsibility on our shoulders to advise people in the north where to go. I am not saying this to impress anybody. We will exercise that responsibility seriously,” Baba-Ahmed had stated.

Earlier in September last year, the chairman of NEF, Prof Ango Abdullahi, had at a book launch in Kaduna, disclosed the qualities expected of a candidate the North will support in the forthcoming presidential poll.

He said the North would not support a candidate who seeks to benefit from strategies that exploit the ethnic and religious diversity of the region.

“The North will participate in all political and electoral activities as equals and with respect to other Nigerians who respect us. The North wants leaders who will lead with integrity, competence, compassion and the fear of God. We will not support a candidate that fails to convince that he will radically improve the quality of governance and the integrity of leaders. Second, Northerners will not be intimidated into making choices that do not improve the chances of real changes in their current circumstances,” Prof Abdullahi had stated.

But over four months after stating their plans, the northern elders have refused to name their preferred presidential candidate in the 2023 polls.

A source within the NEF told this paper yesterday that a clash of interest among the elders is making it difficult for them to arrive at a consensus presidential candidate.

The source who did not want his name in print noted that some members of the forum who are disposed to the North retaining the presidency are divided between Atiku of the PDP and Kwankwaso of the NNPP, with the latter arguing that the former Kano State governor represents the new set of national leaders Nigerians have been yearning for, unlike Atiku who is considered as part of former President Olusegun Obasanjo’s presidency.

Our source stated: “But there are those among the northern elders who are contending strongly that it would only be fair in the spirit of unity and peaceful coexistence, they have been preaching about, for Asiwaju Bola Ahmed Tinubu, a Southerner, to be the next president in line with the position of governors of the southern extraction. The southern governors had gotten the support of their northern counterparts that the gentleman’s agreement of power rotation must be adhered to, which entailed that the South should produce the next president.

“There are still those among the elders angling for a southern president who believe that if fairness should be the watchword, Peter Obi of the Labour Party fits the bill because if they support Tinubu the South East would feel completely marginalised after the hue and cry that the zone is yet to produce a president.

“We all know the South West has produced a president in the person of Obasanjo. But there is divergence of opinion among the elders on this too because some of them feel the argument for Obi is personal. Don’t forget that Peter Obi’s running mate, Datti Baba-Ahmed, is a brother of spokesman of the elders’ forum, Dr Hakeem Baba-Ahmed.”

But when contacted, NEF explained why it was yet to endorse any of the presidential candidates taking part in the 2023 general election.

The northern elders said they are yet to form an opinion about the candidates and their capacity to carry the burden of northern Nigeria.

Speaking exclusively with LEADERSHIP Friday last night, spokesperson of NEF, Dr Baba-Ahmed, said the forum was still assessing the actions of the candidates, including everything they have been saying during their campaigns.

Baba-Ahmed told our correspondent in a telephone chat that the elders would not rush to endorse any presidential candidate despite having just a few weeks to the election.

“Endorsing a presidential candidate is one of our options, but there are other options as well.

“We will exercise that option when we study the candidate and form an opinion about them and their capacity to carry the burden of northern Nigeria.

“We are also studying their readiness, plans, capacity, and vision. We are still doing that and we are still assessing everything they say and do,” he said.

He argued that the forum is open-minded about the issue, adding that there is no time limit to endorsing a candidate.

“There is no specific method to know which candidate serves our interests. As Nigerians and northerners we are open-minded about our options,” he stated.

Three days ago, while featuring on a live television programme, Focus Nigeria, on the African Independent Television and monitored by LEADERSHIP, Baba-Ahmed had said the forum is taking precautions this time.

He said, “This time we are taking precautions – we are saying be careful, don’t rush into judgment. We still have about six weeks to take a decision.

“We are doing a lot of good things in terms of following around and assessing what they (candidates) are doing, what they are saying, not just at the presidential level but governors and National Assembly.

“We believe governance is not just about one person and that is why we have not rushed to say this is our candidate because one person cannot change this country.”

He stressed that the group would endorse a candidate before the election, as they cannot afford to leave the North “hanging.”

Baba-Ahmed said Nigerians do not need an ethnic president or one voted on the basis of faith but a “courageous president” that will take decisions which may not be popular among the people.

On the concerns raised by some Nigerians about the electronic transmission of results, Baba-Ahmed said the forum was happy with the progress made by the Independent National Electoral Commission to improve the integrity of Nigeria’s electoral process.

He also urged Nigerians to continue to support INEC to conduct free, fair, and credible elections.

INEC, he said, has done well so far but they need the support and confidence of Nigerians as well as the government by the way of ensuring that the electoral environment is secured and safe.

“We want a leader and their spokespersons to de-escalate rhetoric that can hit up the polity. It is irresponsible and dangerous and it is unbecoming of people that want to run this country.

“Nigerians should express a sense of decency and whoever wins should be because they have been elected transparently and everybody must accept the results,” he added.

Meanwhile, the Sultan of Sokoto, Muhammad Sa’ad Abubakar III, has urged Nigerians to use their votes wisely and elect good leaders in the forthcoming general election scheduled for February and March this year.

The Sultan gave the advice when he addressed participants at the 29th regular meeting of the National Council on Water Resources in Sokoto.

His Eminence regretted that many negative things were being said about Sokoto and the North in terms of the security situation.

“You who are here in Sokoto are living witness that the state is peaceful, with a very quiet and stable environment. Sokoto State is home to all; we don’t have non-indigenes, but rather resident communities. We are One Big Family.

“Let’s put ethnicity aside if we want our country Nigeria to progress as a nation. Nigeria is far better than many countries of the world in terms of security.

“Resident communities in Sokoto are not paying school fees for their wards in all public schools across the state.

“God has adequate reasons for making us live together irrespective of our beliefs, tribe or ethnicity,” the Sultan further noted, saying that if he so wishes he will in his wisdom make us speak the same language and practice the same religion without challenge.

The monarch also called on Nigerians to do whatever they could to free the country from the present challenge of insecurity which is becoming a global phenomenon.