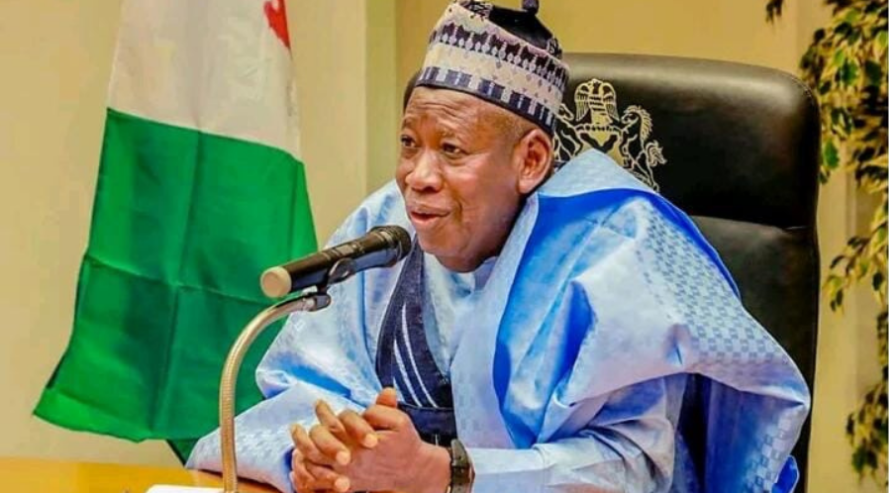 NewsOnline reports that the Governor Abdullahi Ganduje of Kano State has disclosed why it’s been difficult to end herders-farmers clashes.

He said that efforts to put an end to herder-farmer conflicts in the country were being frustrated by “political opposition.”

The governor listed “inadequate political leadership, funding uncertainties, lack of expertise,” insecurity, misconception, COVID-19 and the 1993 ECOWAS protocol as other hindrances to ending the crisis.

Ganduje made this revelation while speaking at the inauguration of the former Chairman of the Independent National Electoral Commission (INEC), Attahiru Jega, as the head of the committee on the National Conference on Livestock Reforms and Mitigation or Associated Conflict in Nigeria, in Abuja on Thursday.

Ganduje said: “I am sure that some of you will recall that Nigeria’s latest plan for curbing herder-farmer conflicts is facing obstacles, particularly political opposition.

“You will also remember that in 2019, the Federal Government launched a 10-year National Livestock Transformation Plan to curtail the movement of cattle, boost livestock production and control the country’s deadly herder-farmer conflicts.

“But inadequate political leadership, delays, funding uncertainties and lack of expertise derail the project, while the COVID-19 pandemic intensified the challenges.

“That plan represents Nigeria’s most comprehensive strategy yet to encourage pastoralists to switch to ranching and other sedentary livestock production systems.

“It is a fact that modernising the livestock sector is key to resolving herder-farmer conflicts, which threatens Nigeria’s political stability and food security.”

“Also, about 13 states agreed to allocate 5,000 hectares of land for ranching or livestock production.

“The move by the Federal Government to establish the Ruga Settlement-which was received out of misconception with a mass of criticisms, resulted in the suspension of the project in which contracts had already been awarded.”