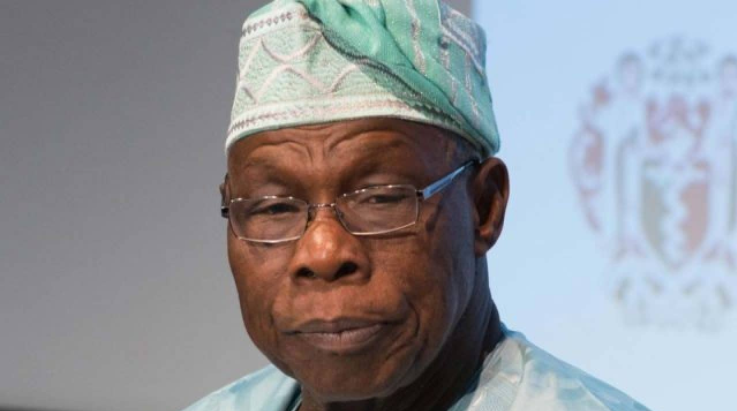 An Aide to the presidential candidate of the Peoples Democratic Party (PDP), Atiku Abubakar, has defended Obasanjo’s endorsement of Peter Obi and his criticism of Buhari’s APC-led administration.

Newsonline reports that since the former president of Nigeria from 1999-2007 endorsed the presidential candidate of the Labour Party, Peter Obi and criticized the administration of President Muhammadu Buhari, he has come under heavy attacks from members of the All Progressives Congress (APC), the party’s presidential campaign council and men of the presidency.

Former president Obasanjo in his New Year Day letter said “the last seven and a half years have no doubt been eventful and stressful years for many Nigerians. We have moved from frying pan to fire and from mountain top to the valley. Nigeria of today had been dragged down well below Nigeria of the beginning of my Presidency in June 1999.”

“Although at that time, Nigeria was in very bad shape and was tottering on the verge of collapse and break-up. Even then, Nigeria was not faced with the level of pervasive and mind-numbing insecurity, rudderless leadership, buoyed by mismanagement of diversity and pervasive corruption, bad economic policies resulting in extremes of poverty and massive unemployment and galloping inflation,” he added on Buhari’s administration.

The African elder statesman in his choice of Peter Obi said the country needs a vibrant president who can rebuild the economy and not old contestants.

He said, Let me say straight away that ‘Emi Lokan’ (My turn) – a statement credited to Bola Tinubu of the APC – and ‘I have paid my dues’ – a statement credited to Atiku Abubakar of the PDP –  are one and the same thing and are wrong attitude and mentality for the leadership of Nigeria now. They cannot form the new pedestal to reinvent and to invest in a new Nigeria based on an All-Nigeria Government for the liberation and restoration of Nigeria.

“None of the contestants is a saint but when one compares their character, antecedent, their understanding, knowledge, discipline and vitality that they can bring to bear and the great efforts required to stay focused on the job particularly looking at where the country is today and with the experience on the job that I personally had, Peter Obi as a mentee has an edge.”

“One other important point to make about Peter is that he is a needle with thread attached to it from North and South and he may not get lost. In other words, he has people who can pull his ears, if and when necessary.”

Obasanjo statement of Peter Obi, according to the ruling APC has only paperweight and lacks political weight. Festus Keyamo, Tinubu/Shettima campaign Council spokesman, said the former president’s endorsement will not affect the chances of Tinubu in the coming election.

Keyamo said, “Quite within OBJ’s right to endorse anyone, but bad for PDP in 2 ways: (1.) Atiku’s former boss does not think he deserves to be President this time around (2) The little support OBJ gave PDP in 2019 and they failed, he has taken that away to LP. No effect at all on Bola Tinubu.”

In reaction to the attack on Obasanjo by Keyamo and the APC, Paul Ibe, Atiku’s media aide said, “It’s within Obj’s right to endorse anyone. But it’s within the rights of Nigerians to elect their Pres. Were you in Ghana on rehab like your friend to have forgotten the Obj-Atiku admin produced d greatest economic boom in the history of Nigeria? Those are the considerations Nigerians will make.”