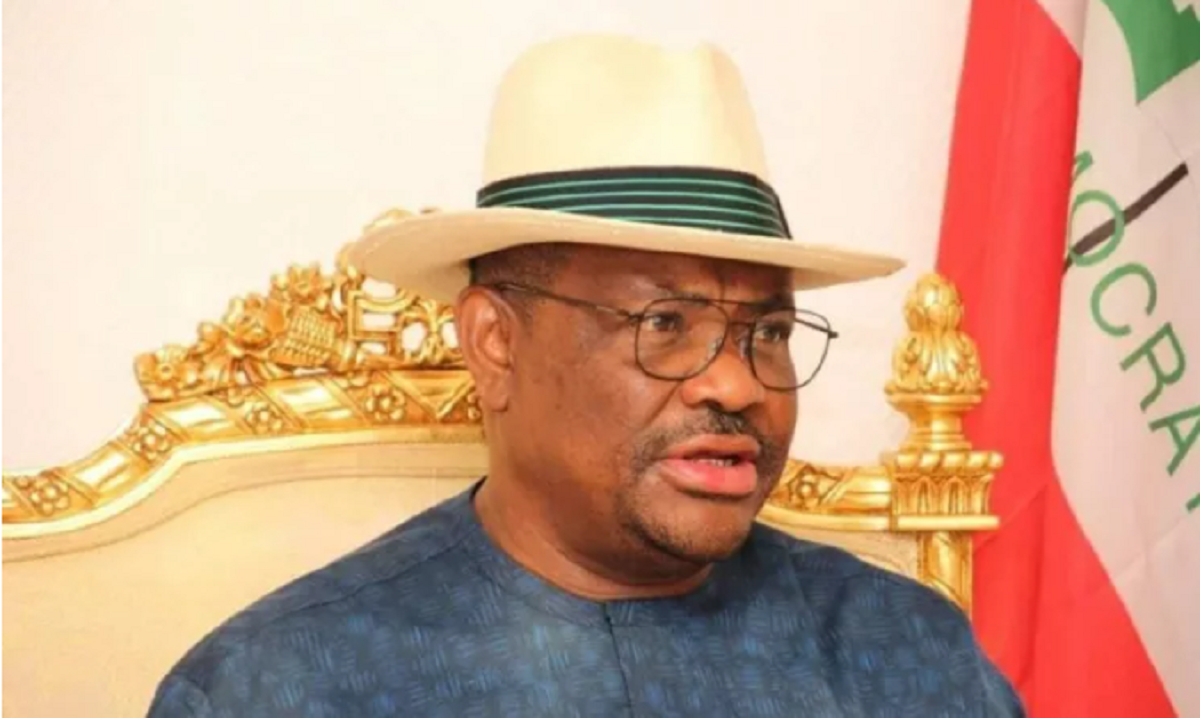 Governor Wike has revealed how Atiku and cohorts frustrated zoning of the PDP Presidential Ticket to the South.

NewsOnline reports that Rivers State Governor, Nyesom Ezenwo Wike, has taken a swipe at those accusing him and Governor Samuel Ortom of Benue State of frustrating the micro-zoning of the presidential ticket of the Peoples Democratic Party (PDP) to the South-East geopolitical zone.

The governor said he had always believed and supported concerted efforts towards ensuring that the presidency was zoned to the South.

Wike spoke at Itu Bridge Head, in the Itu community, Emohua local government area of Rivers State, the venue of the flag-off of the Akpabu-Odido Road project on Monday.

“I attended meetings of Southern Governors of the All Progressives Congress (APC), Peoples Democratic Party (PDP) and other parties from Delta to Lagos to Enugu States, where we agreed that presidency should come to the South.”

The governor insisted that while the Southern cross-party consultations were going on, there were people in the PDP who were bent on frustrating the eventual zoning of the party’s presidential ticket to the South.

Wike maintained that such people cannot turn around now to blame him and Benue State governor in order to hide their scheme thinking they could deceive Nigerians.

He said: “I woke up this morning and read where they said, how Wike and Ortom frustrated PDP’s micro-zoning of presidential ticket to South-East. That was what the PDP presidential candidate Atiku said.

“I keep on saying, they’ll be contradicting themselves, telling lies up and down,thinking that Nigerians don’t know. How can they say that I influenced Ortom, told him to allow and throw the ticket open?

“Nigerians know those who are opposed to zoning of the party’s chairmanship first. And when the zoning committee was set up, this time, Atiku had gone to buy form to frustrate the recommendation of the zoning committee. So that when they have bought form, they could say, oh, there is no need of zoning. Will you tell people to withdraw?”

The governor said it was rather noteworthy that their gimmick is now hunting them because they were unfair to Nigerians.

“You can’t deceive every Nigerian again. What I have stood for is equity, fairness and justice. So, saying that I and Ortom frustrated PDP micro-zoning to South-East is nether here nor there. They know that they don’t want presidency to come to the South.”

The governor urged the presidential candidate of the PDP, Atiku Abubakar, to leave him out of the attendant challenges he was facing in the party.

He, however, stated that a bad product is always difficult to sell, otherwise, former president Olusegun Obasanjo would have recommended Atiku to Nigerians having worked together with him.

But, instead of doing so, Wike noted that the former president chose to endorsed the Labour Party presidential candidate, Mr. Peter Obi.

The governor insisted that if former president Obasanjo had refused to recommend Alhaji Atiku, then something must be fundamentally wrong.

He opined that Alhaji Atiku should be more concerned about that loss of confidence from his former boss, and the forthcoming election.

Commenting on the road project, Governor Wike expressed gratitude to God that the Odido community will get modern road for the first time in their history during his administration.

The governor boasted that given the overwhelming joy expressed by the Odido people, it was difficult to believe that they will cast their votes for candidates of another party other than the PDP.

According to him, with the contractor already mobilised to site about two months ago, the project will be completed within the agreed five-month period.

This will in turn, he said, enable members of the community drive on road for the first time into their homestead, enjoy associated development, gain easy access to their farms and improved commercial life.

In his address, the chairman of Emohua Local Government Area, Dr. Chidi Lloyd, said the Odido community is an island that have never seen asphalted road and is not linked to any neighbouring community.

With the flag-off and commencement of actual construction work, Dr. Lloyd enthused that it will be the end of the ordeal Odido people usually suffer.

BREAKING: IPOB Speaks On Stopping 2023 Election From Holding In South-East