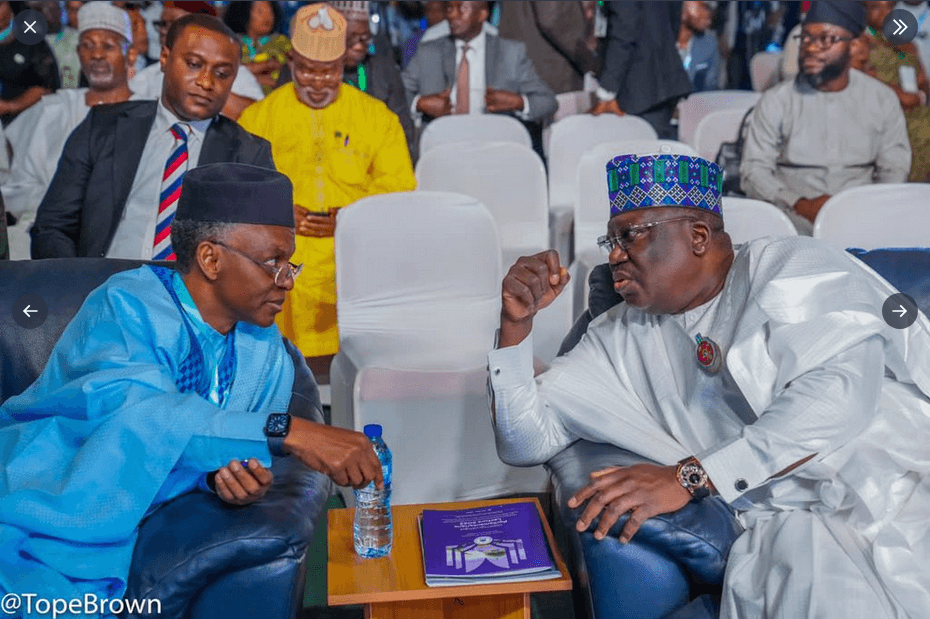 The President of the Senate, Ahmad Lawan has said he is committed to doing anything that would ensure the presidential candidate of All Progressives Congress (APC), Bola Tinubu, wins Yobe State.

The Yobe North Senator, Lawan, who said this on Sunday, at the inauguration of the Yobe State APC 2023 Campaign Council which was held at Yobe Government House, added that all APC candidates in the state will win their elections.

Lawan described Yobe State as the pride of APC and vowed that no stone would be left unturned to ensure its victory at the polls at all levels.

The council which is chaired by the former Governor of the State, Alhaji Ibrahim Gaidam has Lawan as alternate chairman and also former Governor Bukar Abba Ibrahim as the Grand Patron.

Speaking at the occasion, the Senate President said: “Just as the chairman of the council said, we will be totally committed to ensuring that this party, the APC in Yobe State delivers all the seats by the Grace of God.

“We will work tirelessly, we will ensure that we leave no stone unturned, we will do whatever it takes because APC in Yobe State is the pride of APC in Nigeria and we cannot afford to let APC family in Nigeria down.

“Actually, we believe that we are supposed to dominate in presidential poll when it comes to performance. We should be able to have the highest percentage, like we did before, nothing less than 98 percent to vote our presidential candidate.

“And we can do that by mercilessly committing ourselves to our party rather than regional thinking or sentiments.

“In Yobe State, you know we have a single family and our governor by the Grace of God should have the highest number of votes for any Governor in Nigeria.

“This we will do by making sure that our zones, the three zones in the state compete. So I want to assure you that we do everything possible within the law to ensure that our Governor comes back to office in flying colour.

“Our National Assembly and State Assembly members should be waiting for inauguration Insha Allah.

“Above all, we should be a very shining example to everyone in this zone, I mean the North East zone. We have a vice Presidential Candidate in the neighbouring State, our sister State, Borno. Let’s beat Borno State in the Presidential election.

“Borno and Yobe are the same people. They have given us every possible support before and one good turn deserves another. It is for us to also do the same for them.

“Lastly, I want to thank those who decided to bring us on board as members of the campaign council for the confidence reposed in us and I want to specifically say that I’m committed to ensuring that we deliver our party in Yobe by the Grace of God.

“As for the unity of the party, there is no one here who has any doubt, we have a united party…We are brothers here. We will continue to be one.”

In his acceptance speech, the chairman of the campaign council, Senator Gaidam said Yobe state, from its creation, had always aligned with the progressives.

“I can say without any fear of contradiction that the massive transformation the state recorded over the years have been on this (progressives)platform.

“In order to sustain all the gains so far made, we have a duty to ensure that APC wins all contestable seats so that we form government in the state, and at the Federal level. I assure you the council has maintained the tempo of winning Insha Allah,” Senator Gaidam said.

We Might Be Force To Cancel, Postpone Polls – INEC Raises Alarm