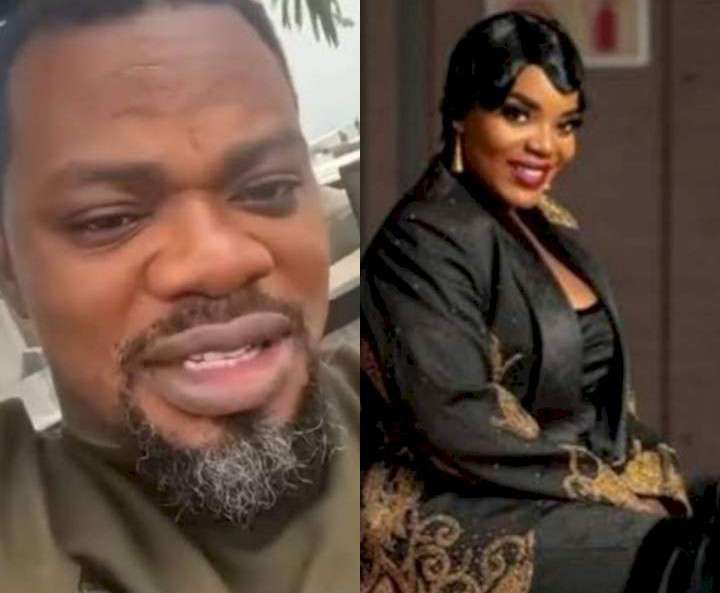 NewOnline reports that the estranged fiance of Nollywood actress, Empress Njamah, Josh Wade, has finally opened up on a leaked nude video of the actress.

Josh Wade, in a video he released online, debunked being responsible for sharing the nude video of Empress Njamah that flooded social media.

According to him, he is also going through pain like everyone.

Josh Wade, who Empress described as a blackmailer, began releasing her nude videos on Monday, January 2, 2023.

The alleged blackmailer created a WhatsApp group w here he added multiple people and began posting nude videos of the Empress he took in her house.

Some of the footage shared on the WhatApp platform include unclad videos of Empress Njamha taking a bath.

Despite the calls that he gets locked up, the Liberian revealed plans on making the actress a p*rn star, stating he would be updating daily nude videos throughout the 365 days of the year.

The video generated mixed reactions online, some netizens slammed Josh while others expressed support for the actress.