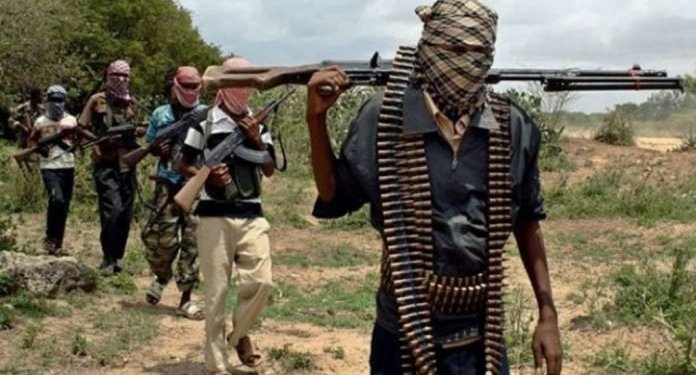 How ISWAP raised N52 Million Funding from March to May has been exposed.

News Online reports that the Islamic State West African Province (ISWAP) announced in a newsletter that it raised the sum of N51.9 million through Zakat, a form of obligatory Islamic Charity from March 14 to May 12, 2021.

JUST IN: Boko Haram Leader Shekau Is Not Dead

This was disclosed in a  report by Security consulting firm, Human Angle, on Friday evening after translations of the newsletters from the group that broke away from Boko Haram in 2016, were obtained by Aymenn Jawad Al-Tamimi, an independent analyst firm on extremist violence.

What the report said about ISWAP funding

“Muslims with significant wealth are mandated to give zakat every year based on the value of their savings and goods. In Nigeria, every Muslim whose savings is up to N1.9 million is expected to give zakat, which is 2.5 percent of however much they own.

By raising N51.9 million, it means the wealth of people, who paid zakat to ISWAP within the two-month period, must have been calculated to be over N2 billion. This may have been either because of the sheer population of these communities or because some of the residents have considerable wealth,” the report stated.

ISWAP disclosed in the Newsletter that in the month of Ramadan, “what has been distributed on the deserving of zakat from the Muslims during the past month of Ramadan has amounted to N3.42 million for the poor, and 825 packets of food, in addition to 353 bundles of clothes for the orphans and children of the Muslims.”

News Online earlier reported last week that the leader of the Boko Haram Islamist sect, Abubakar Shekau, allegedly committed suicide during a faceoff with ISWAP in the Sambisa area of Borno state.

Confidence MacHarry, a security analyst at SBM told Nairametrics that ISWAP’s expansion would be an even bigger problem since they are more focused on attacking the military, unlike Boko Haram under Shekau who focused more on defenceless civilians.