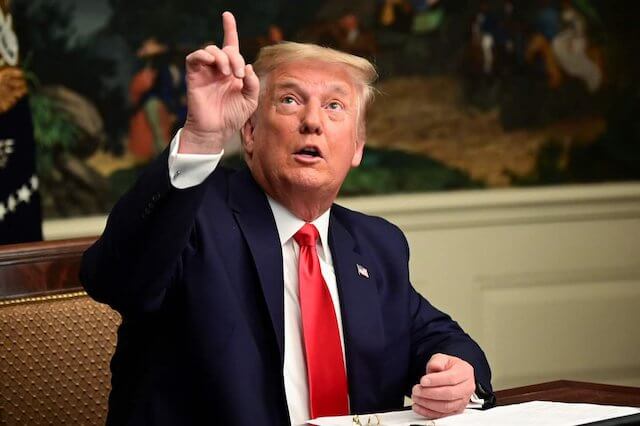 This online news platform understands that President Trump stated his position today on via microblogging platform, Twitter after grudgingly conceding the election and committing himself to an orderly transfer of power.

“To all of those who have asked, I will not be going to the Inauguration on January 20th,” he wrote.

He did not elaborate.

To all of those who have asked, I will not be going to the Inauguration on January 20th.

Since he lost the 3 November election, Trump had been spreading fake news that he won and that Biden was rigged into victory.

He shared so many conspiracy theories, so many lies, that his fanatical followers believed him.

However, matters reached a critical end on Wednesday, when his hordes of followers stormed the U.S. Capitol.

The invasion suspended for hours the certification of Biden’s victory by the Joint sitting of the Senate and the House.

Five persons died in the melee, including policemen and Trump supporters.

Not just America, but the world was shocked.

But on Thursday, Trump went on a damage control, condemning the violence and and belatedly acknowledging Biden as the 46th President.

“Congress has certified the votes. A new administration will be inaugurated on Jan. 20,” he said.

“Serving as your president has been the honor of my lifetime, and to all of my wonderful supporters, I know you are disappointed, but I also want you to know that our incredible journey is only just beginning.”

On Friday, he was still sulking over his loss, turning a pastor by praying for the 74 million who voted for him.

“The 75,000,000 great American Patriots who voted for me, AMERICA FIRST, and MAKE AMERICA GREAT AGAIN, will have a GIANT VOICE long into the future.

“They will not be disrespected or treated unfairly in any way, shape or form!!!”