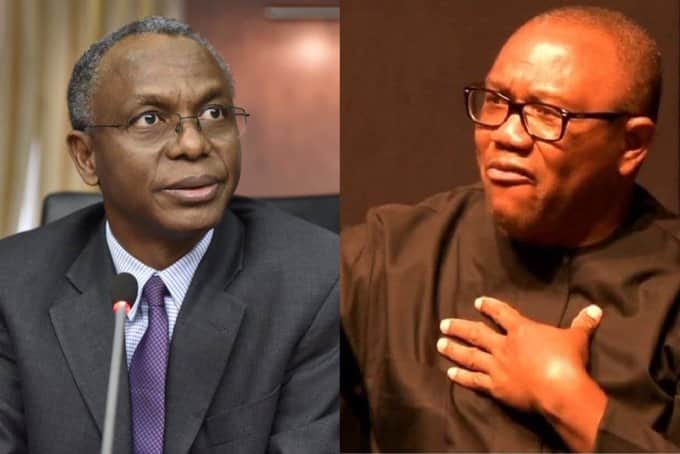 The All Progressives Congress and the Kaduna State government are yet to come to terms with the defection of the House of Assembly Deputy Speaker and other party members to the Labour Party.

NewsOnline reports that Isaac Auta Zankai along with Suleiman Dabo – member representing Zaria constituency – has led other supporters to join the Labour Party in Kaduna State.

The defection of  Isaac Auta Zankai – Kauru state constituency –  and Suleiman Dabo – member representing Zaria constituency – from APC to the Labour Party is one in many defections that are being rumoured to happen especially from honorable members from Southern Kaduna who are angry with El-Rufai government and continuous attack on their people without much intervention from the state government.

The National Secretary of the Labour Party and Chairman of the governorship Council, Umar Farouk Ibrahim, made the announcement while inaugurating the party’s 450-member Governorship Campaign Council, and the unveiling of its manifesto in Kaduna.

Ibrahim said that half of the state House of Assembly members are “Obi-Datti” apostles, noting that the support received from the caliber of personalities in the state, was an indication that the party was on the march to taking over Labour Party will take over political power both in the state and the national levels in the forthcoming general elections.

He said, “sincerely speaking, today is one of the happiest moments in my life. I have gone around to campaign for our presidential candidate, Peter Obi, and I have received great receptions.

“I am particularly impressed by the calibers of personalities that grace this inauguration.

Ibrahim urged members of the party in the state to close ranks and unite so as to coast to victory in the forthcoming elections.

He enjoined Nigerian youths, who formed the bulk of the Labour Party not to relent until Peter Obi and Datti Yusuf Ahmad form the next administration in the country, stating that “power resides with the youths.”

“This is a call to service because the mood in the nation is that the Labour Party must take over the nation. The mood of the nation is nothing other than the readiness of the youths to take over Kaduna and Nigeria so that the country will be a production nation and not a consuming nation.”

“This is a divine movement and God’s hand is in the movement. May peace comes to Nigeria so that we may not experience hunger, or kidnapping again,” he said.

I Will Scrap Senate, House Of Reps if Elected – Sowore