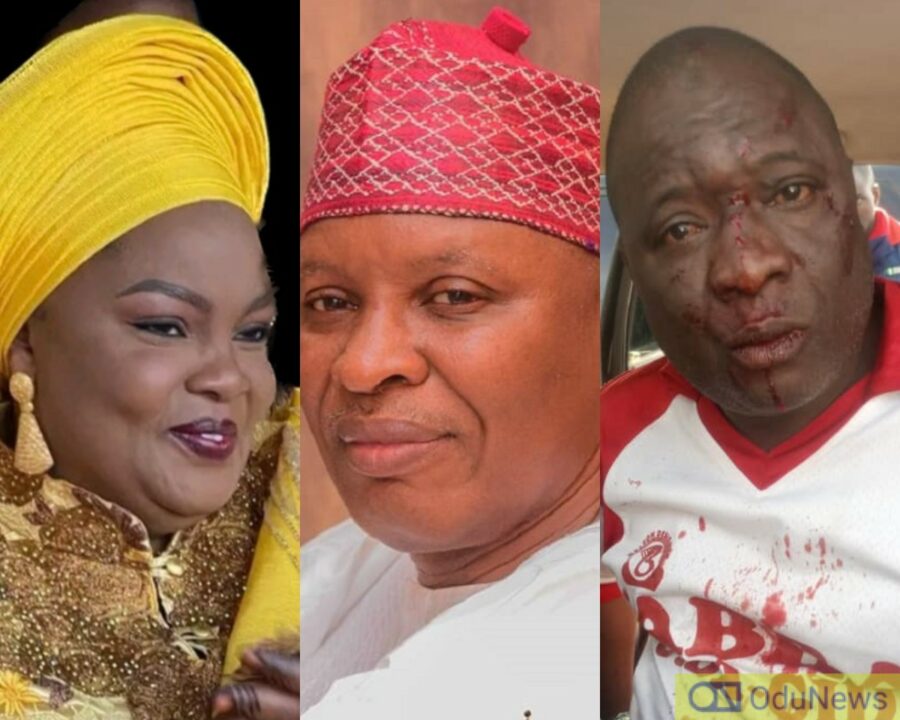 The Bola Tinubu and Kashim Shettima presidential campaign council has backed the reported order of killing a citizen and arresting the NNPP Kano governorship candidate by the wife of DSS DG, Aisha Bichi.

NewsOnline reports that the Director of Digital Communication of the Tinubu/Shettima APC PCC, Femi Fani Kayode said the report that Aisha Bichi, the wife of Yusuf Magaji Bichi, DG of the Department of State Security was false.

Newsonline had reported that Aisha Bichi, the wife of the Director-General of the Department of Security Service, DSS, Yusuf Bichi, on Sunday (January 8, 2023) ordered the killing of a citizen, Garba Kilo, while demanding the arrest of New Nigeria Peoples Party, (NNPP) governorship candidate for Kano, Abba Yusuf. READ FULL REPORT HERE

Femi Kayode said the suggestion that Aisha Bichi would use the service personnel DSS to attack or assault anyone at the Kano Airport is absurd.

Kayode said it was rather the NNPP Kano governorship candidate, Abba Yusuf, that unleased terror attack on the ‘poor lady’ – Aisha Bichi –  and on the personnel attached to the woman.

“The suggestion that the wife of the DG of DSS would use service personnel to attack or assault anyone at Kano Airport is absurd. It was the Governorship candidate of the NNPP that unleashed terror on the poor lady and her personnel in a raw show of naked aggression and power,” Kayode said.

He added, “The man  – referring to the presidential candidate of NNPP, Rabiu Musa Kwankwaso – that wears the silly red cap and female underwear who leads this dangerous, fanatical Kwakwansia movement must call his violent and unruly supporters to order before they kill someone. The wives and children of perceived adversaries must not be targeted in some thuggish, shameful and dangerous power show under any circumstances. Only beasts behave like that.”

“I pray that every single one of those involved in this vicious assault and cowardly attack on this gentle lady and her staff be brought to justice,” Tinubu’s PCC member said.