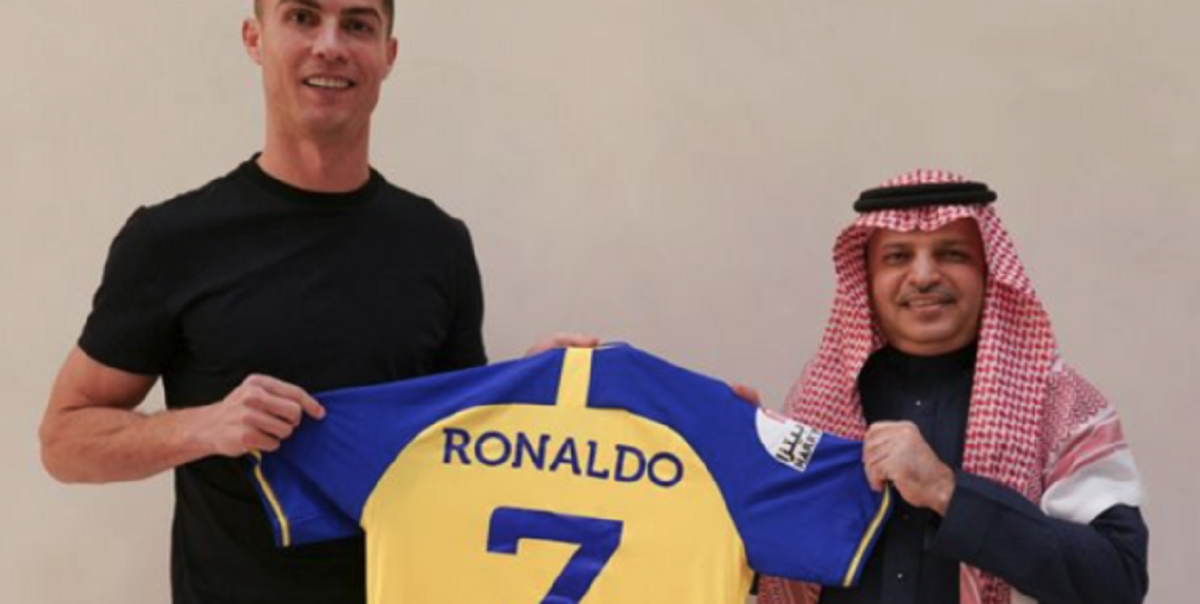 A breakdown of Cristiano Ronaldo Salary for Saudi Club Al Nassr can be seen below.

NewsOnline reports that five-time World Footballer of the year and Portugues and Real Madrid legend Cristiano Ronaldo announced he has signed a record £173 million a year deal with Saudi Club Al Nassr.

The deal makes the 37-year-old Ronaldo the highest-paid footballer in the world in a deal that will see him play until he is around 40 years old. Ronaldo will be 38 in February.

Cristiano Ronaldo last played for Manchester United but left acrimoniously over a disagreement with the coaching and management of the English club. This led to a mutual termination of his contract leading to the latest deal with Al Nassr.

Ronaldo earned about £500k a week at Manchester United which was the highest in the English premiership.

How long is the deal for? The deal is for two and a half years starting in January 2023 and ending around June 2025 when Ronaldo would have been 40 years old.

The deal is broken into football and image and commercial rights made up of  £62 million and £111 million respectively. We also understand it includes Ronaldo becoming an ambassador for Saudi Arabia’s bid for the 2030 World Cup.

How much will Ronaldo Earn Per year? Ronaldo stands to earn a. staggering £173 million annually.

How much will Ronaldo Earn monthly? Ronaldo will earn about £14.4 million monthly.

How much will Ronaldo Earn weekly? Ronaldo will earn about £3.6 million weekly.

What Al-Nassr is saying

“This is more than history in the making. This is a signing that will not only inspire our club to achieve even greater success but inspire our league, our nation and future generations, boys and girls to be the best version of themselves. Welcome, Cristiano, to your new home.”

What Ronaldo is saying

“Al-Nassr’s vision is very inspiring and impressive. I look forward to a different league experience in a different country. I am excited to join my team-mates as soon as possible.”