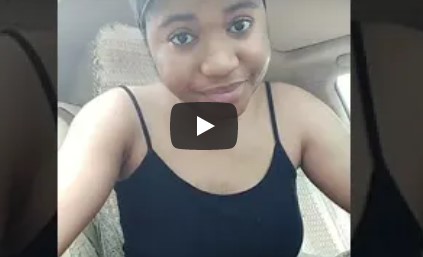 NewsOnline Nigeria brings a video throwback of now critically ill Popular Comedian, Ada Jesus where she insulted and accused Anambra based Prophet, Chukwuemeka Ohanaemere popularly known as Odumeje as being a “fake” prophet.

READ: Popular Pastor Protests Against Buhari With Coffin For Burial In Lagos

Barely a year after, Ada Jesus has fallen sick and due to her recent predicament, she is reported to be visiting everyone she talked down against to ask for forgiveness.

Reports have it tha her predicament is medically impossible to treat as she has been advised to go and plead with some people she offended with her post on Facebook and got cursed by them to avert the curses laid on her.

Among the people she offended are Prophet Odumeje and actress Rita Edochie who Ada Jesus claimed helped to perform some fake miracles in his church and the man of God angrily cursed her and as a result, has been down with a stroke.