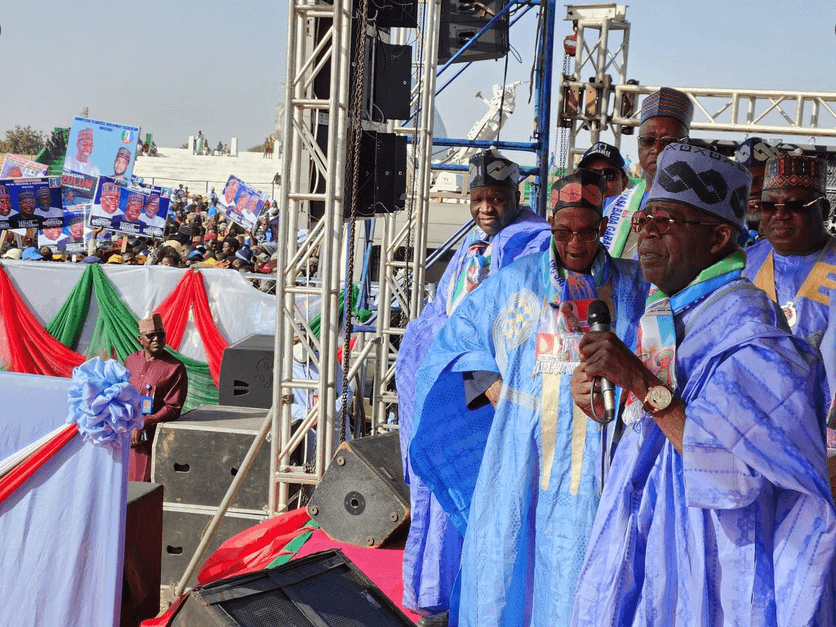 NewsOnline reports that Tinubu said though Nigeria is not as sick as Peter Obi is making up, the Labour Party presidential candidate’s constant citing of Singapore, China, Bangladesh and Egypt showed he does not understand the problems of the country.

Dr. Josef Onoh, spokesman of the Bola Tinubu Presidential Campaign Council, for Southeast, said Nigeria needs a president who has courage like the former governor of Lagos to solve the challenges the country faces.

He said Peter Obi is a quack doctor who does not understand that every sickness has its peculiarity and must be treated with the right drugs and the right dose, and not citing examples from Egypt and other countries.

Onoh in a statement on Friday said, “We agree that our country, like other countries in the world, experiences suffering. It is also full of overcoming it, healing takes courage and Asiwaju Bola Ahmed Tinubu has the courage even if he has to dig deep to find it, unlike the Obidients’ quack Doctor who advertises a positive cure for any disease, who issues nostrum testimonials, who sells his services to a secret non-existent remedy, or who diagnoses and treats by mail patients he has never seen which is typical of a quack doctor.

READ ALSO: TO ELECT ME AS PRESIDENT, YOU MUST VOTE, PLEASE GET YOUR PVC – PETER OBI

“This same mobile quack doctor told Nigerians he wants to be president so he can replicate what leaders have done in Singapore, Egypt, etc, in Nigeria. Which obviously isn’t the remedy his so-called sick country needs. A quack presidential hopeful like a quack doctor have no proper knowledge of the right dose, the way drugs act in the body, how to counter adverse/side effects of drugs/economy and what to do when emergencies/ national security issues similar to complex medical situations arise.”

He said Tinubu if elected would replicate what he did in Lagos across the country. Onoh added that while the Obi cannot cite examples using the state he governed, Tinubu has consistently said he wants to transform the whole country as he did in Lagos.

“Asiwaju Bola Tinubu said he wants to be president so he can replicate the development we did in Lagos in Nigeria, clearly a huge contrast from the international remedy the Labour Party presidential candidate hopes to import. The good news is that Nigeria and Nigerians understand that healing our nation is connected with healing others, we are not a sick country nor have a sick candidate as the quack doctor would wish Nigerians to believe neither are we victims of ageing, sickness, and death.

“These are part of the scenery, not the Obidient quack doctor, who is immune to any form of change. He has focused his campaign on brainwashing the vulnerable youth and selecting gullible Nigerians while failing to realize the dangers of raising such mob in future, especially after his failure at the polls come February because he doesn’t want to heal Nigeria but rather he hopes to convince the young generation that they need to take back their country which does require such rather than encouraging them to work together and promote their country.

“I ask, take back which country and hand it over to him? Isn’t he afraid of getting infected, too? Clearly, this is a clear case of political scam where the thief tells you to break into your father’s house and steal his money and bring it to him while he waits in the corner street to receive it and the gullible one falls victim only to realize that he stole his school fees.

“Finally, there is no medicine like hope, no incentive so great, and no tonic so powerful as expectation of something tomorrow. Hence, let’s join hands to support Asiwaju Bola Ahmed Tinubu, and together, we renew hope for Nigeria. The quack doctor, if in doubt, can go and verify.”

‘I Have Ordered Officers To Shoot On Sight’ – Gov Matawalle