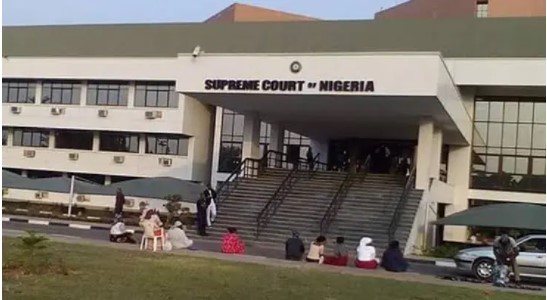 The Supreme Court sacked the senatorial candidates of the Peoples Democratic Party (PDP) for Imo East and West senatorial districts.

NewsOnline reports that the five-member panel of the Supreme Court judgment delivered on Friday means that the PDP has no candidates for the senatorial positions in Imo East and West senatorial districts of Imos State.

The judgment read by Justice Emmanuel Agim said the PDP primaries held violated the provisions of the new Electoral Act 2022.

Justice Emmanuel Agim said the Electoral Act provides that legislative primary elections must be held in the senatorial district or the headquarters of the constituency concerned, which was not complied with by the PDP.

Justice Agim faulted the contention by the party that the decision to hold the primary in Owerri was agreed to by majority of its members, who expressed concern about security.

The judge held that it was unlawful for majority of the members of the party to agree to violate the provision of a statute.

“You cannot agree to violate or act against the provision of statute. That is against the principle of rule of law,” Justice Agim said.

The judgments were on the appeals marked: SC/CV/1440/2022 filed by Jerry Alagboso against the Independent National Electoral Commission (INEC) and two others, and SC/CV/1441/2022 filed by Nnamdi Thankgod Ezeani against Jones Onyereri and another.