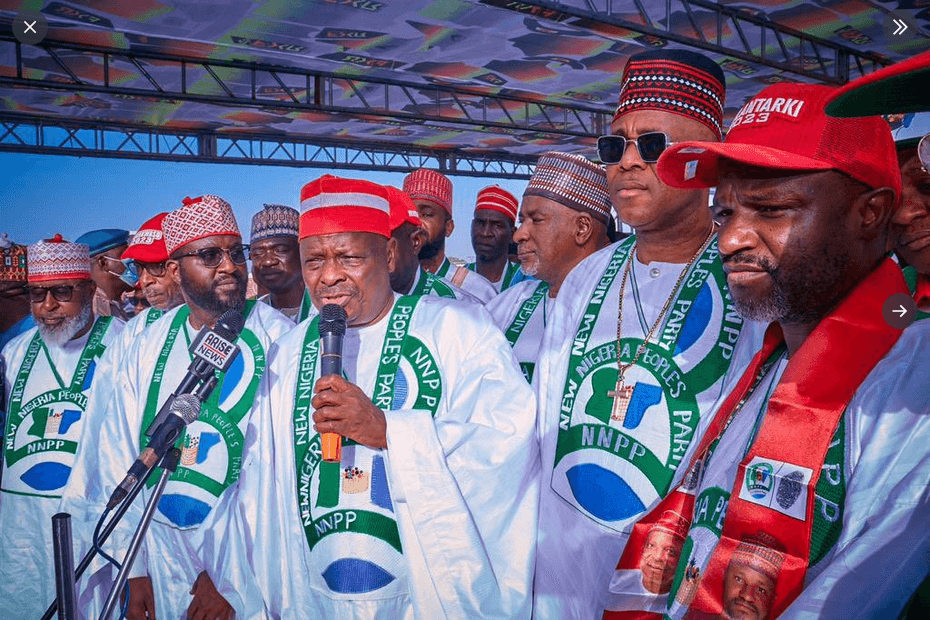 The presidential candidate of the New Nigeria Peoples Party (NNPP) Rabiu Musa Kwankwaso, has called on Nigerians to vote out the ruling APC and the main opposition PDP for mismanaging the country for 24 years.

NewsOnline reports that Kwankwaso called on Nigerians to vote for all candidates of NNPP across the country for developmental leadership. He assured that if elected president all sectors of the country will be transformed.

The former governor of Kano State said this on Thursday during his presidential campaign rally at Abubakar Tafawa Balewa Townshipdium in Bauchi state.

READ ALSO: TAKE BACK YOUR COUNTRY WITH YOUR VOTES OR SPEND THE REST OF YOUR LIVES CARRYING PLACARDS- SANI

Along with his vice presidential candidate, Bishop Isaac Idahosa, governorship and senatorial candidates of the party in the North-east, NNPP Board of Trustees, party executives, supporters as well as defectors from other political parties, Engr Rabiu Kwankwaso assured Nigerians and Bauchi voters, particularly, that if elected, he would address issues of insecurity that has turned Northern region and other parts of the country to crisis nation.

Kwankwaso said, “I want to use this opportunity to tell the people of North East and Nigeria as a whole, that our party, the NNPP has come of age now, we are in all the wards of this country, so I urge all the party candidates and supporters to work for the success of the party ahead of the February and March general elections.”

“Our party, the NNPP, has the largest number of candidates fielded by INEC that are going to contend with candidates of other political parties in the forthcoming 2023 general elections.”

Adding his voice to that of his principal, the vice-presidential candidate, Bishop Idahosa called on Nigerians to look beyond tribes and religion, and vote for a credible and visionary candidate that the NNPP presents.

Idahosa said he and his principal guarantee to solve problems plaguing the country from insecurity to unemployment and inflation.

“We have a visionary leader who is a man of the masses, so I urge you to vote for him and other candidates of the party in the forthcoming general elections. We are in this race to win it and by the grace of God we shall come out victoriously,” he said.

2023: Keyamo Unveils Those Behind Attacks On INEC Facilities