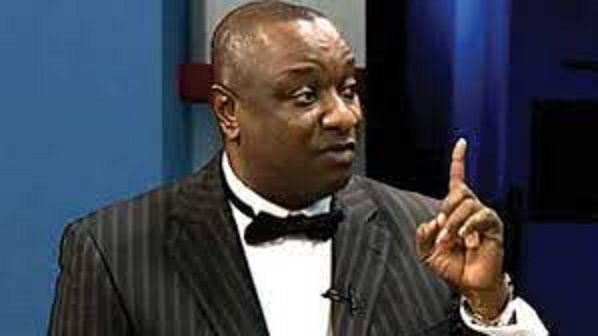 Keyamo revealed that the people behind attacks on INEC facilities are those who don’t believe in Nigeira.

NewsOnline reports that the chief spokesperson, Bola Tinubu/Kashim Shettima Presidential Campaign Council (PCC), Festus Keyamo (SAN) has said that it is people who claimed that don’t believe in Nigeria that are responsible for attacks on facilities of the Independent National Electoral Commission (INEC) in parts of the country.

READ ALSO: The Proverb Of A Fly-On-A-Scrotum, Is What G5 Is To PDP- Keyamo

Keyamo, who described tham as non-state actors who don’t believe in Nigeria, said Nigerians should be vocal in condemnation of the anarchists.

He urges Nigerians to give the security agencies the moral support to move against them.

The spokesperson, who also is the Minister of State, Labour and Employment, disclosed this to Guardian in an interview published on Friday.

Keyamo said, “They are not politicians but they are people who say they don’t believe in Nigeria. They are the ones causing crisis all over the country, it has nothing to do with politics. So, people shouldn’t mix it up, but it is up to all Nigerians to speak up and condemn it, insisted of leaving it for the law enforcement agents alone. We must first of all knock the moral force out of their argument that it is good to use violence to express themselves.”

“When we all speak out and we reduce that moral high ground that they stand on in the name of freedom fighting, and all of that, then, of course any action the security forces take against them will be justified. But we need to give these security agencies our supports, the moral supports to move against them.”

2023: ‘Anybody Who Works Against Me Will Regret It’ – Kwankwaso