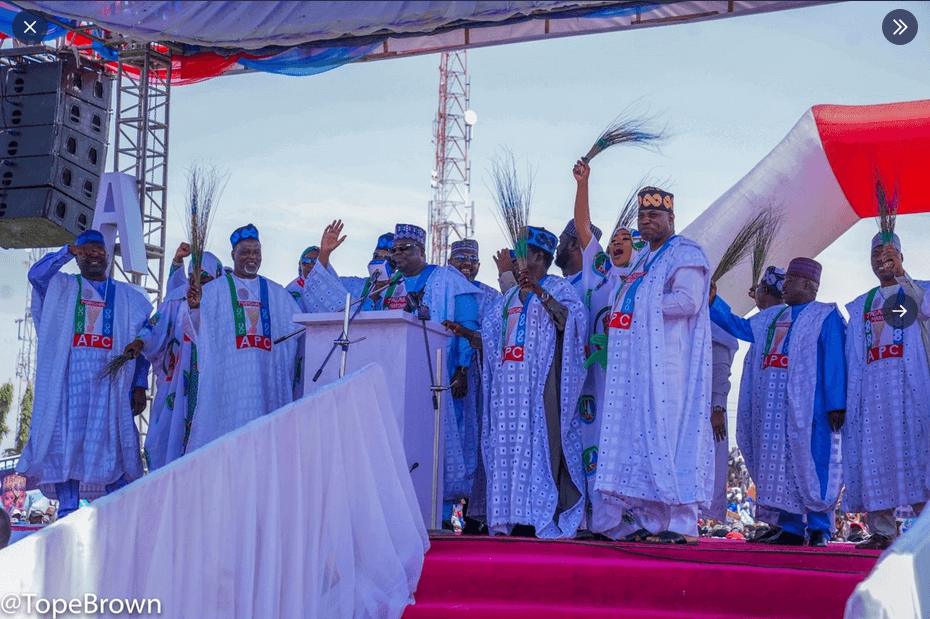 The President of the Senate, Ahmad Lawan, has said President Muhammadu Buhari saved the people of North East and Nigeria from Boko Haram and insecurity.

NewsOnline reports that the senate president said under the administration of the main opposition Peoples Democratic Party (PDP) the people of North East were left at the mercy of Boko Haram terrorists, while insecurity took over the whole nation.

Lawan on Monday said it was not until President Muhammadu Buhari came into power that the region was eventually liberated from the clutches of Boko Haram.

The chairman of the ninth National Assembly said this in Bauchi while speaking at the presidential campaign rally of the APC for Bola Tinubu and Kashim Shettima ticket.

Lawan said to return the PDP and its presidential candidate, Atiku Abubakar, to power, would be disastrous to the people of North East and Nigeria.

Addressing President Buhari who was on ground of the campaign rally Lawan said, “Mr President, the PDP abandoned the northeast to Boko Haram, to insurgency.

“PDP abandoned us until you came into office. In 2015, when you were sworn in, your first task was to liberate us. Thank you very much that you did.”

He added that under APC government led by Buhari, the people of North East have been the major beneficiaries since 2015 through appointments of their people to key positions of government.

“Mr President, we in the northeast are probably the most beneficiaries of your administration.

“Infact, we were the first to start enjoy your administration more than any other part of Nigeria because BoKo Haram was technically defeated immediately you came into office and you appointed our son Chief of Army Staff, Lt. Gen. Tukur Yusuf Buratai and of course Air Marshal Sadique Baba Abubakar as Chief of Air Staff.

“They did so well that your government gave the security that we are enjoying today. The northeast, from 2015 particularly, enjoyed the most important appointments in your administration. That is to say that you are a northeasterner.

“This crowd is a testimony. Everywhere you go is Buhari, in the northeast,” he said.

Lawan had made similar accusation about two weeks ago at a campaign rally in Yobe when he blasted PDP to have allowed Boko Haram insurgency to fester while it was in power.

He criticized PDP to have denied the existence of Boko Haram and allowed the insurgency to blossom instead of doing the needful and curb the menace.