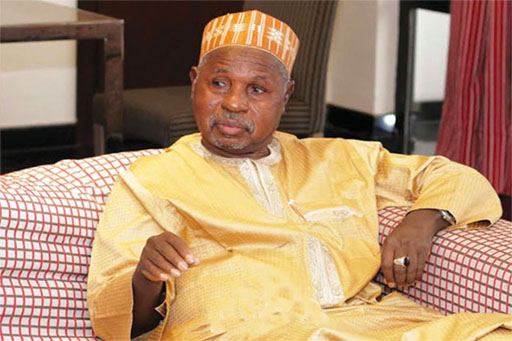 NewsOnline reports that the approved N499, 650, 000.00 (Four Hundred and Ninety-nine million, Six Hundred and Fifty thousand Naira only) by Bello Masari, was withdrawn from the available balance of the 34 LGCs in the Local Government Joint Account.

A letter obtained by our correspondent showed that each of the local governments, according to Bello Masari’s directive, will get N14,695,588.00 (Fourteen million six hundred and ninety-five thousand, five hundred and eighty-eight naira for mobilization of citizens that would grace the occasion and hail the president and APC presidential candidate, Bola Tinubu.

The letter of approval signed by Yahuza S Ibrahim for the Permanent Secretary said the approved money is to ensure that enough citizens are mobilized across the 34 local governments throughout the president’s stay in the state from 26 to 27 January 2023.

The letter read in part, “I am directed to refer to your letter No.S/MLGCA/GEN/259/C/IV of 17th January 2023 and to convey the approval of His Excellency, the Governor for the release of N14,695,588.00 to each of the 34 LGCs totalling N499, 650, 000.00 (Four Hundred and Ninety-nine million, Six Hundred and Fifty thousand Naira only) from the available balance of the 34 LGCs – Local Government Councils – in the Local Government Joint Account to enable the LGCs to cater for adequate and effective mobilization of citizens to receive Mr President during an official visit to Kastina State from 26th-27th Januray, 2023.” 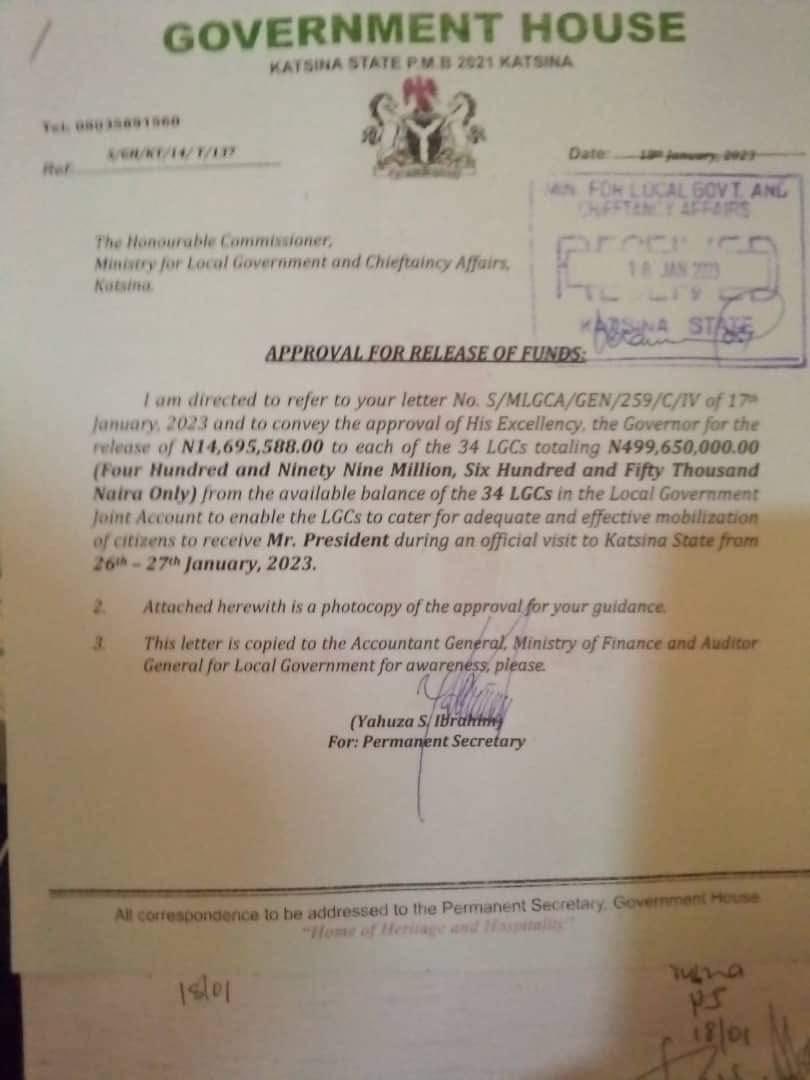 A copy of the letter

According to debt profile of states released by the Debt Management Office (DMO) Kastina State, led by Bello Masari, a former deputy speaker of the House of representatives, owes about N21. 75billion. The State also shares a large number of the 20 million out-of-school children. Kastina also performed poorly in the multidimensional poverty record released by the National Bureau of Statistics.