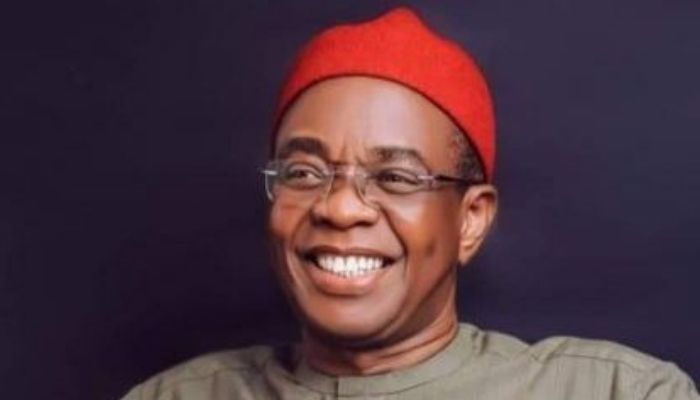 The governorship candidate of PDP in Abia State Uche Ikonne is dead.

According to a release by his son, Dr. Chikezie Uche-Ikonne, the former Vice Chancellor died Wednesday at the National Hospital Abuja.

The statement was published on the Facebook page of the Commissioner for Trade and Investment, and Director of Strategic Engagement, Ikonne Campaign Organization, Chief John Okiyi.

The statement read in part:” I regret to announce the death of my dear father, Prof Eleazar Uchenna Ikonne, who died at the National Hospital Abuja today, 25th January 2023 by 4 am after a brief illness.

“He was recovering after taking proper treatment in the United Kingdom but relapsed a few days ago leading to multiple cardiac arrests from which he didn’t recover.”

The statement said that “further details and arrangements would be made known to the public after deliberations and meetings are made within the family”.

Prof Ikonne disappeared from the public after the flag-off of his governorship campaign on November 24, 2022, at the Umuahia Township Stadium.

The former Vice-chancellor of the Abia State University Uturu (ABSU) had slumped shortly after presenting his speech, albeit laboriously.

Since then, both the government and Ikonne’s campaign team have kept secret everything concerning the health condition of the PDP governorship flag bearer.