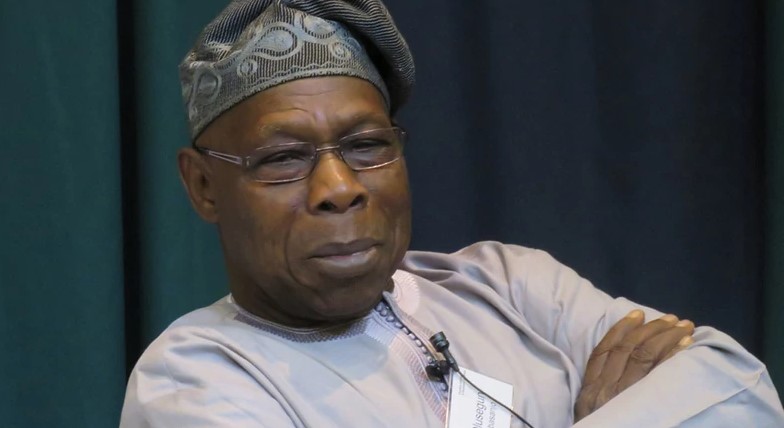 Former President of Nigeria, Olusegun Obasanjo, has been hit with criticism for endorsing the presidential candidate of the Labour Party, Peter Obi, as preferred choice for February 25 presidential election.

Newsonline reports that Obasanjo, who endorsed Peter on New Year Day, 2023, said having been in the position of presidency, he knows much that the highest office in Nigeria requires mental and physical health. He said among the presidential candidates, Bola Tinubu, Atiku Abubakar and Peter Obi, who all refer to him as their mentor, the former governor of Anambra State is best for the job.

The endorsement of Peter Obi has refused to go down well with stakeholders of the All Progressives Congress (APC) and its presidential candidate, Bola Tinubu.

From the special assistant to President Buhari, Bashir Ahmad, to Minister of State for Labour and Employment, Festus Keyamo, to APC chieftain, Adamu Garba, and the spokesman of Tinubu/Shettima presidential campaign council, Bayo Onanuga. They all recalled that Obasanjo in 2019 endorsed Atiku and Peter Obi ticket in 2019, yet, Buhari won his second tenure.

President Buhari’s aide on Digital communication, Bashir Ahmad said Obasanjo cannot help any candidate win a councillorship position. “Someone that can’t produce a councilor is busy endorsing a presidential candidate. Hilarious! Asiwaju is the candidate Nigerians will be voting for in February,” Bashir said.

He recalled, “Not a long time, for the 2019 election, Chief OBJ endorsed and supported PDP candidate, and wrote several letters against President Buhari.”

For Garba Shehu, envy is why Obasanjo endorsed Peter Obi over a Yoruba brother, Tinubu. He accused the former president of not wanting any Yoruba man to outgrow his political height.

In a series of tweets on his Twitter handle, Adamu said, “Envy is an immense disease. I respect and continue to respect General Olusegun Obasanjo. However, I advise him to outgrow his envy of Tinubu at this stage of his life.

“Obasanjo is desperately envious of the rise and shine of Bola Ahmed Tinubu, his lost in this one is sure to come.

“It is a well-known fact that Obasanjo never wanted any Yoruba man to grow above him while he’s still alive.

“Yet, Bola Tinubu, his arch-political rival, who dethroned him from South West Politics is about becoming the President of Nigeria. His actions should not surprise you.

“Obasanjo wants to remain the only living Yoruba man to use the GCFR title. He never wanted anyone to get that.

“But we’ll promise him one thing, by God’s Grace, we’ll be inviting him to the swearing-in ceremony of Tinubu on May 29, 2023 as commander in chief and GCFR.”

Adamu continued, “At certain point in one’s life, once you refuse to retire when the ovation was loud, you’ll find yourself neck deep into confusion that’ll ultimately retire you into oblivion.

“A case of Babachir endorsing Peter Obi is same with Obasanjo. I wish them both a happy retirement.”

The two spokesmen for the Tinubu/Shettima campaign council did not spare the shot, as they reminded Obasanjo that he endorsed the PDP candidate in 2019 against Buhari, yet, he won his second tenure. They, however, did not recall that Obasanjo’s endorsement gave Buhar his first election in 2015 after many unsuccessful attempts, political analysts say.

Festus Keyamo said, “Quite within OBJ’s right to endorse anyone, but bad for PDP in 2 ways: (1.) Atiku’s former boss does not think he deserves to be President this time around (2) The little support OBJ gave PDP in 2019 and they failed, he has taken that away to LP. No effect at all on Bola Tinubu.

For Bayo Onanuga, the former president’s endorsement has only paper weight. “Obasanjo’s endorsement of Peter Obi is actually worthless because the former President does not possess any political goodwill anywhere in Nigeria to make anyone win a councillorship let alone win a Presidential election. He is a political paperweight,” Bayo said.