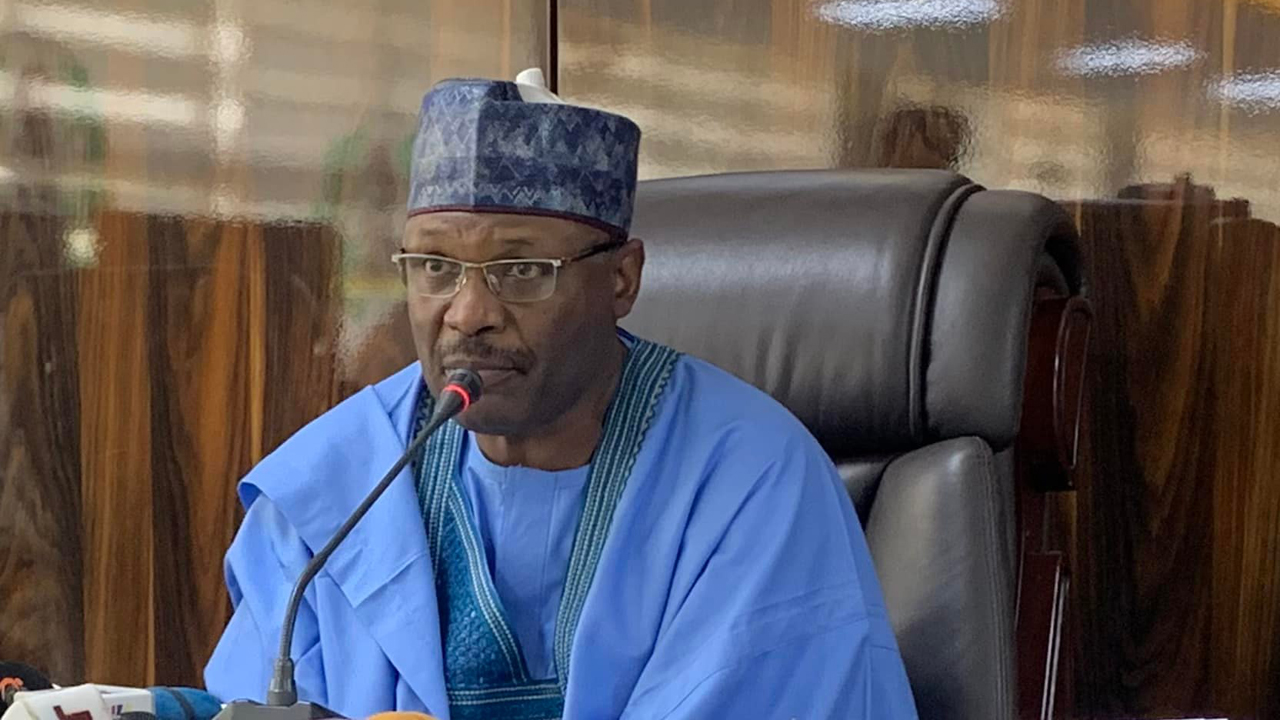 The Chairman of Independent National Electoral Commission (INEC), Mahmood Yakubu, has said only youths and young people of Nigeria can decide which of the candidates will win the 2023 election and not politicians.

NewsOnline reports that Professor Mahmood Yakubu, said of the 93.4 million registered voters, youths and middle-aged constitute 75.39 percent which is enough to decide who becomes president of Nigeria come February 25, 2023.

The INEC chairman disclosed this at Chatham House, London, on Tuesday while speaking on the preparedness of the commission to deliver a free, fair and credible election.

Yakubu, who said he was encouraged by the turn-out of registered voters to collect their PVCs, said over 600,000 eligible voters collected their PVCs in Lagos alone within the last month.

READ: YOU WILL SHOW ELECTION RESULTS TO GET APPOINTMENTS, CONTRACTS – ATIKU

The INEC boss stated that there are currently 93.4 million registered voters, in Nigeria out of which 37 million, that is 39 per cent, are young people between the ages of 18 and 34.

“Put together, these two categories constitute 75.39 percent of registered voters in Nigeria. So, actually, the 2023 election is the election of the young people, because they have the numbers. Even the majority of the PVCs collected are collected by young people,” Yakubu added.

He reminded the audience that the collection of the PVCs would end on January 29, adding that “we have to end it because before the election we will publish number of PVCs collected on polling unit by polling unit basis nationwide.”

The INEC boss called on young people to shun electoral violence. he urged them to use their voting strength to decide who leads the country.

INEC promised that concerns raised by citizens on voters register and PVC collections are being rectified to ensure a peaceful election.