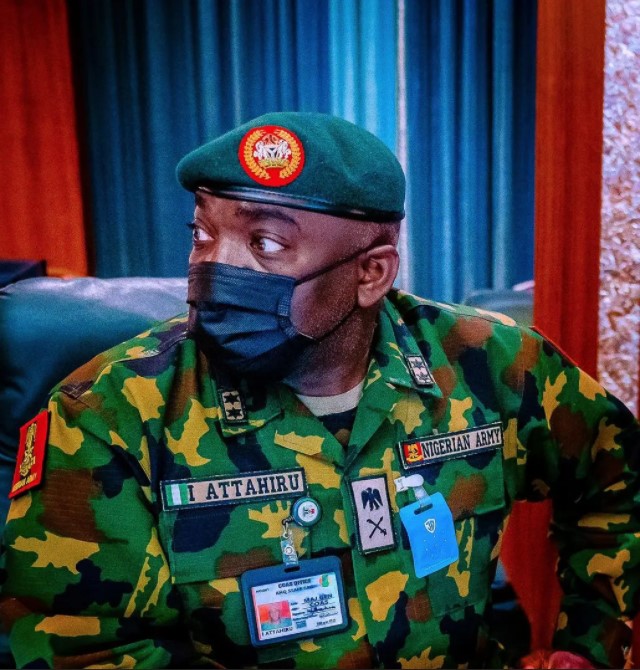 What Nigerians are saying on Chief Of Army Staff, General Ibrahim Attahiru’s death on Plane Crash has been compiled by News Online.

In a statement, the Nigerian Air Force confirmed that there was an accident involving one of its aircraft in Kaduna but did not go into details.

“An air crash involving a @NigAirForce aircraft occurred this evening near the Kaduna International Airport. The immediate cause of the crash is still being ascertained. More details to follow soon,” read the statement signed by Edward Gabkwet, the force’s Director of Public Relations and Information.

In a normal country, the Chief of Army Staff and the 7 others had no business dying!

Two military aircraft crashes and another disappearance in just one year were enough prompting for internal assessment of the safety of these machines and the airspace in general.

Goodbye my friend, Gen Ibrahim Attahiru, our new chief of army staff. This is so difficult to take, so devastating. RIP good man. pic.twitter.com/9zpIxenaPz

Barely four months into his appointment, Nigeria Chief of Army Staff, Lt. Gen Attahiru Ibrahim died in a plane crash in Kaduna alongside other senior military officers. May their souls Rest In Peace! This is not a good news. pic.twitter.com/JMQR0pKYQB

The death of Chief of Army Staff Lt.Gen Ibrahim Attahiru is shocking.

We belong to Allah and to Him we shall return.

The Late Chief of Army staff, Ibrahim Attahiru, was the GOC 82 Division that handled Operation Python Dance in the South East. Many innocent Igbo youths were slaughtered for simply being Igbos and nothing more. Please, keep your crocodile tears jare.

My heart goes out to the 11 Other soldiers who died with the Chief of Army Staff Ibrahim Attahiru. We might never get to know your own names but we pray your souls find repose in the Lord even as we hope you were not unfortunate victims of a disaster aimed at one person.