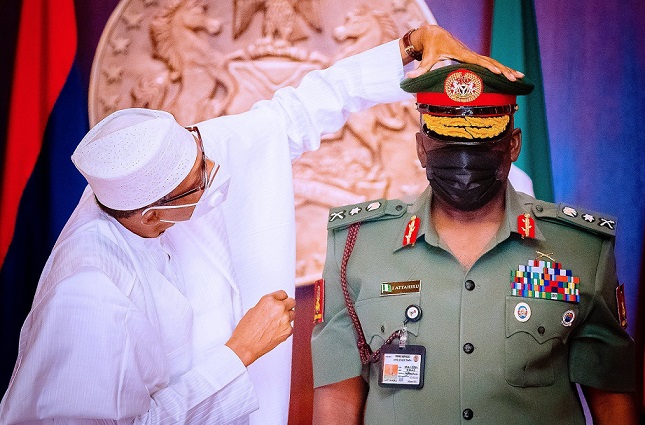 Presidency has confirmed the death of Chief Of Army Staff on Plane Crash in Kaduna.

News Online reports that the presidency has confirmed the death of Nigeria’s chief of army staff, General Attahiru who died in a plane crash in Kaduna.

Breaking: Watch How Chief Of Army Staff Was Killed In Plane Crash (Video)

The news has gathered several reactions as the general just assumed the post of the chief of army staff some months ago.

The personal assistant to the president on new media, Bashir Ahmed to his microblogging platform, Twitter to mourn the deceased.

He posted a picture of the chief of army staff and gave a heartbreaking reaction.