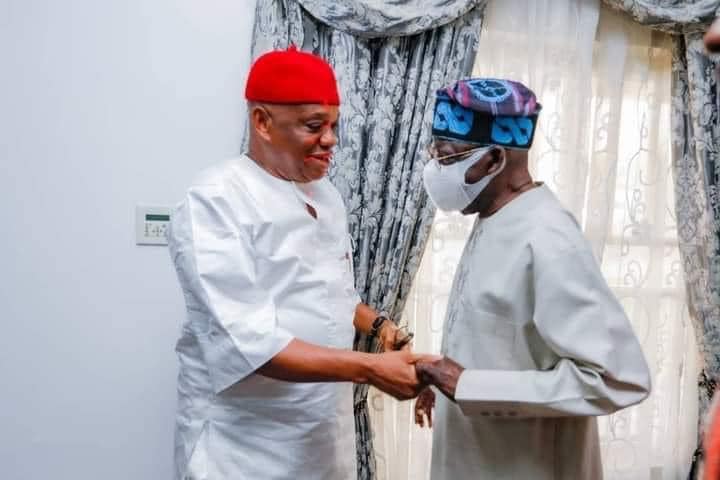 A Former Governor of Abia State, Orji Uzor Kalu, has denied that the presidential candidate of All Progressives Congress (APC), Bola Tinubu, made gaffes which have raised questions about his state of health.

NewsOnline reports that the Chief Whip of the Senate said the former governor of Lagos State is as fit as a fiddle, and stable more than Nigerians could imagine.

Kalu said the gaffes that have been attributed to the APC presidential candidate, Bola Tinubu, were recorded by some mischievous politicians and youths to smear the person of the former Lagos governor.

READ ALSO: I WILL DO ANYTHING TO DELIVER YOBE TO TINUBU- LAWAN

Orji Kalu who said this while speaking to Channels TV programmed, added that every Nigerian who is above the age of 40 years is suffering from one health issue or the other. He added that Tinubu like all Nigerians above 40 years may have health issues but that does not mean he is not healthy or is making gaffes.

“His (Tinubu’s) health is very stable. No man above 40 is not sick. There is not one, no Nigerian above 40 that is not sick,” Senator Kalu said.

Speaking on the recurring gaffes by Tinubu at different rallies and town hall engagements, Kalu said, “These are things you people go to form on the internet. All these things can be forged by political opponents.”

The spokesman of Atiku Abubakar and Ifeanyi Okowa Peoples Democratic Party (PDP) presidential campaign council, Daniel Bwala, however, said contrary to the claim by the APC chieftain, Tinubu has health problems that has made him unfit to face media.

Bwala added, “hiding him like palliative is anti-democratic. All Nigerians want is for him to face the press and answer questions because there are many questions he needs to answer to ascertain his suitability or otherwise for the job; not enough to say Emilokan. It is Questions- lokan.’