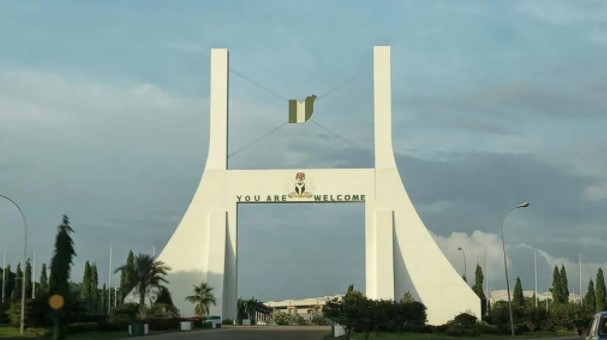 There have been safety concerns in Aso Rock, National Assembly, and Nation’s Courts over rising insecurity and attacks.

News Online understands that the reported attempt by burglars to break into the residence of the Chief of Staff to the President, Prof Ibrahim Gambari has been generating different reactions on social media.

While the debate on if the event happened in the Villa or on the street close to the villa continues, issues of security has become a thing of major concern for citizens in the Federal Capital Territory (FCT).

Last week, a member of the House of Representatives, Nicholas Ossai from Delta State reported a case of burglary at his office located at the National Assembly complex, which is within the Three Arms Zone in Abuja.

Mr Ossai raised a point of order on personal explanation. He informed the House that his office was burgled and computers and other items were carted away from his office. The Speaker responded that the leadership will be meeting with the management of the National Assembly to discuss the “degrading level of security at the National Assembly.”

ALSO: #EidAlFitr Messages In English To Wish Friends And Loved Ones

Before the incidence of theft at the office of the lawmaker, there had been increasing security presence at the National Assembly with an increase in the number of checkpoints.

Two weeks ago, following a mass protest by legislative aides over 22 months of unpaid arrears, a combined team of police and sergeant at arm created an extra security presence at some of the entrances, with extra scrutiny of ID cards and visitor’s tags of those going into the complex.

It is unknown if these new security measures have anything to do with the alarm raised by the Governor of Niger State, Abubakar Bello, who said terrorists are infiltrating his state, a neighbouring State to the FCT. Back in January, the governor of Nasarawa State, Abdullahi Sule also raised a similar alarm on activities of Boko Haram in his State, another State that shares a boundary with the FCT.

Furthermore, activities of the unknown gunmen suspected to be members of the Eastern Security Network (ESN), an armed group of the Indigenous People of Biafra (IPOD), have raised security concerns across the country.

On Monday, police released a statement that IPOB is planning to attack Lagos.

How vulnerable is the National Assembly

There are two external gates at the complex, one at the Eagle Square axis and the OSGF axis. And there are three internal gates. One via the main entrance, second, through the annexe (Close to SGF) and other gate linking the Presidential Villa to the National Assembly.

Despite this, the management of the institution has failed to create a uniform identification system for workers, journalists and visitors to the complex. Several journalists who work at the complex are given a temporary pass, while some are using ‘paper pass’.

More importantly, the security scrutiny has been on painted taxis and pedestrians, while lawmakers with official plate numbers are allowed into the complex without scrutiny by the security operatives.

A driver of ride-hailing services, David Morrison, who spoke with DAILY POST expressed frustration over the attitude of the security personnel at the National Assembly.

“They will not allow me to come and pick you at the car park (outside the complex)” Morrison said last week when responding to a request by a reporter of DAILY POST.

The Chairman of Police Community Relations Committee, FCT command, Ajibola Adigun, said the recent cases of burglars at houses of high profile persons look more than inside job than general insecurity in the city.

“The attack or attempted robbery at the house of Prof Gambari looks like an inside job,” Chief Ajibola Adigun, stated while speaking with DAILY POST.

He said that crime has reduced in the FCT under the FCT Commissioner of Police, Bala Ciroma. He, therefore, advised the Chief of Staff to assess those working for him.

Previous attacks on the National Assembly

Omo-Agege and the mace

One of the most notable attack against the National Assembly in recent time has been the carting away of the Mace of the senate by some individuals allegedly at the behest of the current Deputy President of the Senate, Sen Ovie Omo-Agege.

The brazen event that happened in 2017 sums up the vulnerability of the security of the National Assembly. According to reports, the assailants gained entrance because they were seen to be with the senator, who was then just a member of the Senate.

In 2019, protest by members of the Islamic Movement of Nigeria (IMN) over the incarceration of the leader, Ibrahim Elzakzaky turned violent, as some members of the sect attempted to breach the security of the National Assembly.

That event led to the injuring of one police officer, and with IMN claiming that police shot severally at its members.

How safe are the nation’s courts

Also located at the three arms zone is the judiciary. The Supreme Court and the Court of Appeal are in the same location. The Courts for now seem isolated from the general insecurity. However, during high profile cases like Presidential election or governorship elections, security at the court are heightened.

A legal practitioner, Kuzayep Magaji said though there has never been any situation that went out of control either at the court of appeal or the supreme court, he, however, raised concerns over security personnel focusing on pedestrians, while allowing people inside cars to pass without check.

“There has never been any situation where things get out of control. However, security personnel always check pedestrians more, those in the cars are seldom checked,” he said.