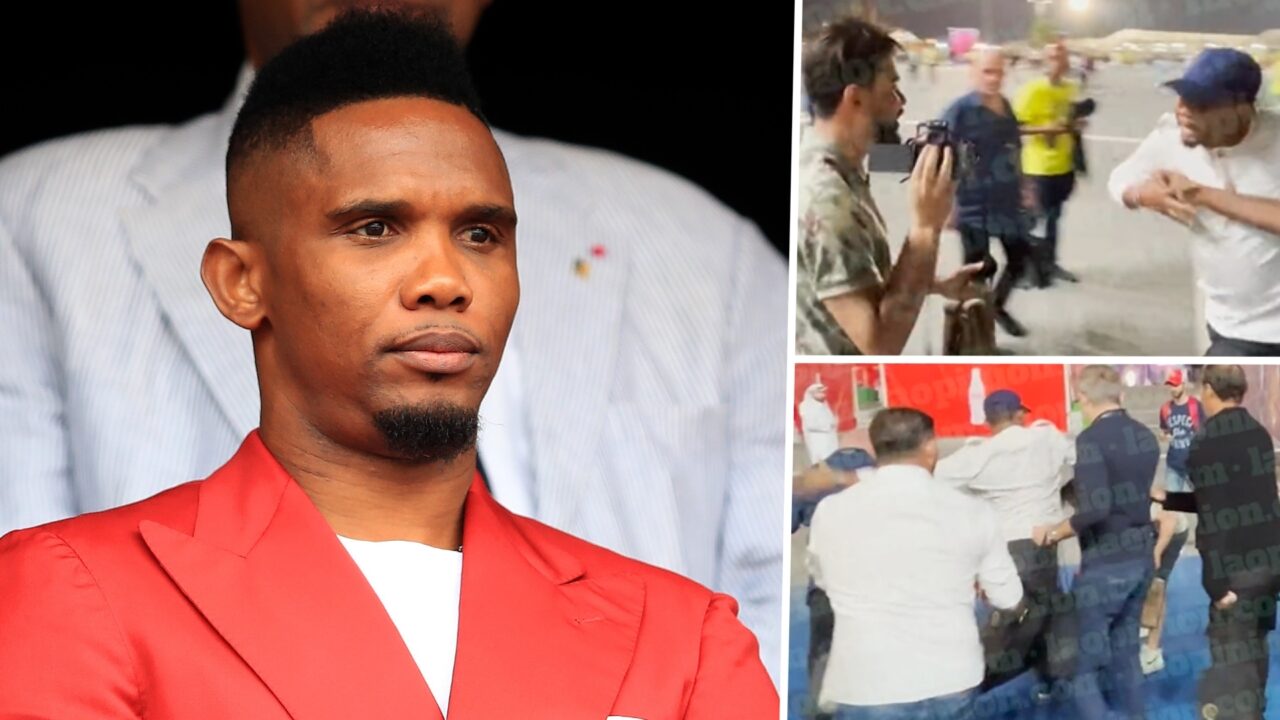 Former Cameroon striker, Samuel Eto’o may be jailed if the Algerian YouTuber, Said Momouni who claimed he was assaulted by the former Barcelona striker makes his threat to file a case against him in Qatar Court.

Newsonline reports that the Algerian YouTuber, Said Momouni said not only did Eto’o hit him, but also he spoilt his camera and microphone in the assault.

Though Eto’o on Tuesday on his Twitter handle apologized for his outburst against Momouni, the YouTuber said he would seek the help of Qatar Court as the assault is a state crime.

Eto’o on his Twitter handle account wrote, “I would like to apologize for losing my temper and reacting in a way that does not match my personality. I apologize to the public for this unfortunate incident.”

However, on Tuesday night, the Algerian YouTuber, Momouni said he asked Eto’o if he bribed the gave bribe to referee – Bakary Gassama – that was in charge of Africa World Cup qualifier match between Cameroon and Algeria that made Cameroon qualify for the 2022 Qatar World Cup.

Momouni said, “I’m at the police station to file a complaint against Eto’o. He hit me and someone with him pushed me.

“I asked him how is Bakary Gassama (referee that took charge of African World Cup play-off) and if he gave him a bribe. He then hit me and destroyed both my camera and mic.

“I will take my rights here in Qatar as it is a state of law. He did hit me in the chest, in the face and on my elbow,” Momouni added.

Recall that the Cameroon football legend, Samuel Eto’o who currently is the president of his country’s football federation was caught on camera attacking the Algerian YouTuber.