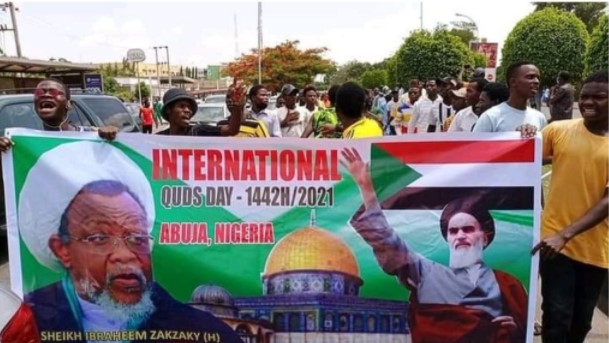 A policeman has been confirmed killed as Shiites attack Abuja residents and 49 protesters arrested.

News Online reports that the FCT Police Command has confirmed the death of a policeman during the violent protest by Islamic Movement of Nigeria (IMN) aka Shiites in Abuja.

According to ASP Mariam Yusuf, Public Relations Officer, in a statement Friday night confirmed that calm has been restored calm at Berger roundabout.

The spokesperson noted that the Police were able to disperse the members after hours of violent riots.

They used dangerous weapons such as clubs, cutlasses and sharp knives, the Police said.

“ASP Adama Ezekiel deployed to restore calm during the violent protest paid the supreme price as a result of the brutal attack where he was stabbed by one of the irate protesters”, the statement read.

The Police arrested 49 members of the sect and have vowed to arraign them in court after conclusion of investigation.

The Commissioner of Police, Bala Ciroma, has condoled with the family of the deceased officer.

Ciroma stated that the FCT Command will not condone further attacks on its personnel, equipment or other public property.