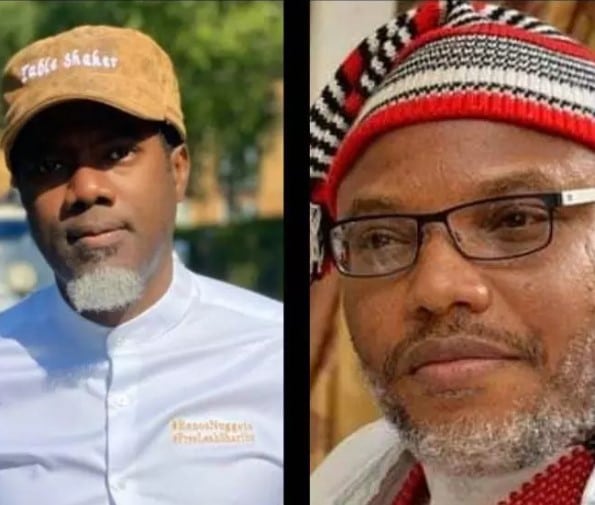 This online news platform recalls that Father Mbaka called for President Buhari’s impeachment due to the current state of insecurity in Nigeria.

Reacting, the Special Assistant to the President on Media and Publicity, Garba Shehu, accused Father Mbaka of seeking contracts from the president.

Shehu claimed that Mbaka resorted to attacks over the president’s refusal to grant his wish.

A former aide to ex-President Goodluck Jonathan, Reno Omokri, in a post on Twitter called on the Spiritual Director of the Adoration Ministry, Enugu, to respond to the allegation made by the presidency

Omokri, however, charged the cleric to address the issue of demanding contracts as compensation for supporting Buhari.

@MBuhari as compensation for his political services, then the media, the @CatholicEW Church and the public should thenceforth refer to him as: Contractor Mbaka,” Omokri wrote.

But in a post statement on his Twitter handle on Sunday, Nnamdi Kanu described him as an educated illiterate.

The IPOB leader warned Omokri to quit gossiping and focus on the issue of impeachment.

He wrote: “What has contract [sic] to do with Rev Fr. Mbaka calling for the impeachment of the mask-wearing #Fulani terrorist in Aso Rock?

“Anybody asking Mbaka to address the issue of the contract is a sophisticated moron, an educated illiterate. Quit gossiping, focus on the issue of impeachment.”