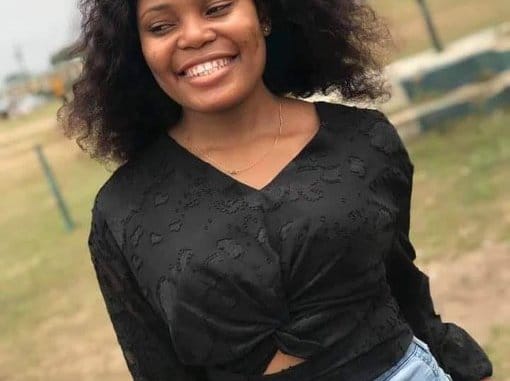 Iniobong Umoren earlier reported to be missing in Akwa Ibom has been found dead and buried in a shallow grave.

NewsOnline Nigeria understands that her friend who disclosed this via her Twitter handle @UmohUduak1 had initiated the search for her missing friend on April 29.

On Sunday morning, @umohuduak1 uploaded a video of her in tears, and the following tweet confirming the death of her friend.

The latest development is already trending on social media, garnering attention from many concerned Nigerians.

The police announced that they had arrested two suspects believed to have played a role in the disappearance of Miss Umoren in Akwa Ibom.