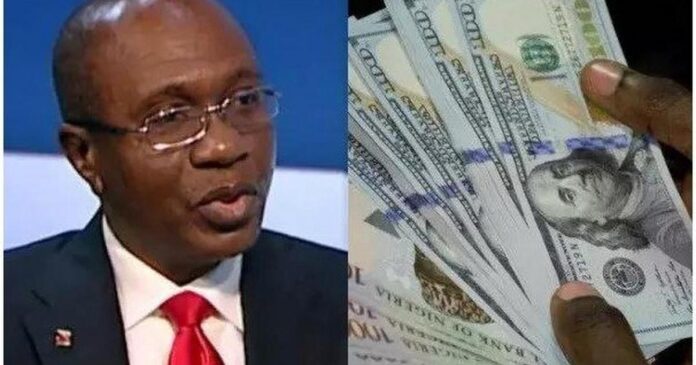 News Online reports that Nigeria’s official currency, the Naira, has traded at a record low against the dollar at the official NAFEX window.

The development, News Online understands, comes at a time Reuters is reporting that this could be a move by the CBN to unify multiple exchange rates.

The Central Bank of Nigeria (CBN), the nation’s apex bank, News Online reports have removed the exchange rate of N379/$1 from its website homepage conforming with the bank’s policy that the NAFEX rate is now the default reference exchange rate for official and legitimate transactions.

A fact check confirms it has been removed while sources within the CBN also confirmed to Nairametrics that it has been officially removed.

News Online reports that the exchange rate displayed on CBN website has historically been referenced as the official exchange rate of the country.

However, all government transactions since 2021 have been converted using the prevailing exchange rate at the official NAFEX window confirming that the erstwhile official exchange rate of N379/$1 is dead.

News Online reports that the naira closed at 411.25 — the last closing rate for the naira, despite hitting N419.75 to a dollar during the intra-trading day. Having traded within a band of 380 and 381 to the dollar since July last year, the naira hit a record low of 419.75 against the dollar on Friday.

This online news platform understands that the different trading rates have attracted warnings from the World Bank, which has asked that the rates be unified in order to attract investment.

Meanwhile, News Online reports that in February, Godwin Emefiele, the CBN Governor confirmed that the naira has depreciated at the official market to N410 against the dollar as the government tries to boost earnings from crude sales, its main export.