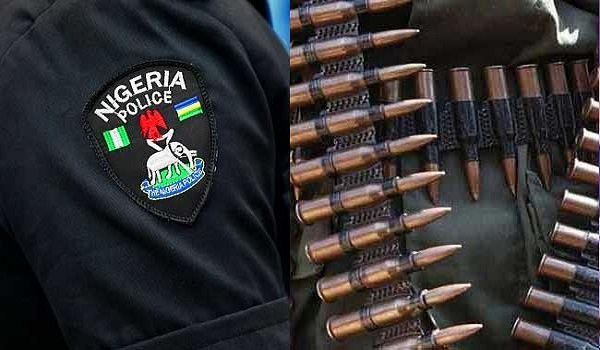 Gunmen have engaged Police in a brutal shootout in Imo State.

News Online reports that Imo State on Tuesday came under attack as gunmen engaged police in a gun duel as they attempted to burn Orji Divisional Police Headquarters situated on Owerri-Okigwe Road in Owerri under reconstruction.

Unknown gunmen battling with the police force in Orji community in Owerri.

Pass it on and save a life.
pic.twitter.com/TYrkk41WHy

Security operatives made up of soldiers, policemen and air Force, News Online gathered engaged the hoodlums in a shootout which resulted in casualties on the side of the hoodlums

Customers and passersby took to their heels as vehicles diverted while motorists scampered for safety after running out of their vehicles. The situation caused serious gridlock around the city

Eyewitnesses told our correspondent that the gunmen, numbering over 20 attacked the police station after blocking the expressway with their vehicles.

Reacting, the police spokesman, SP Bala Elkanah said the police were able to repel the hoodlums before they could destroy the police station.

The hoodlums, who believed that the re-establishment of a functional police station may prevent them from carrying out their nefarious acts in Orji and environs, decided to invade the construction site.

Before the arrival of reinforcement team, the hoodlums melted into the neighbouring townships area but abandoned their operational vehicles. The Commissioner of Police, Imo State, CP Abutu Yaro, fdc personally led an enforcement team to the scene.

He said, mop up operation is ongoing to arrest more suspects and recover their firearms.

It was not ascertained whether there was any casualty on the said of the security agents, but the police Spokesperson in the state, Bala Elkana, said that ” we are repelling them. The war is ongoing. There is heavy security operatives detachment deployed to the scene. We have taken the way to them. We are wining. There is high number of casualties on the side of the hoodlums.”

It would be recalled that the same police Divisional headquarters was in 2020 burnt during the nationwide #ENDSARS protest.