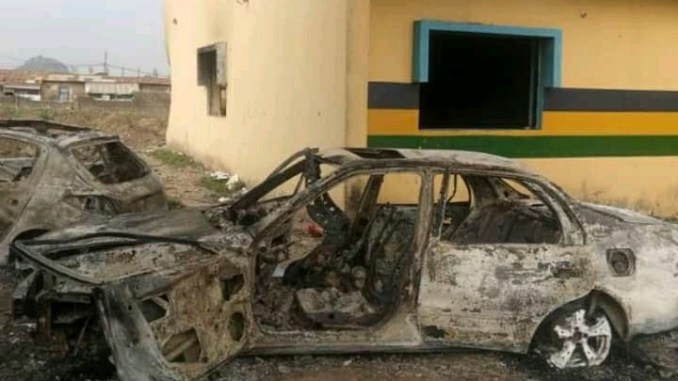 Not less than five persons have been feared Killed as Gunmen burn another Police Station.

News Online reports that another Police station located in Iwollo Oghe Police station in Ezeagu local government area of Enugu state has been invaded and burnt on Tuesday morning.

Up to five persons, including police personnel, News Online gathered were feared killed in the attack that saw the police facility totally razed.

It was also learnt most of the vehicles and other property in the premises were burnt down.

Already, Police Public Relations Officer in Enugu state Daniel Ndukwe has confirmed the attack but could not give further details as at the time of filling this report.