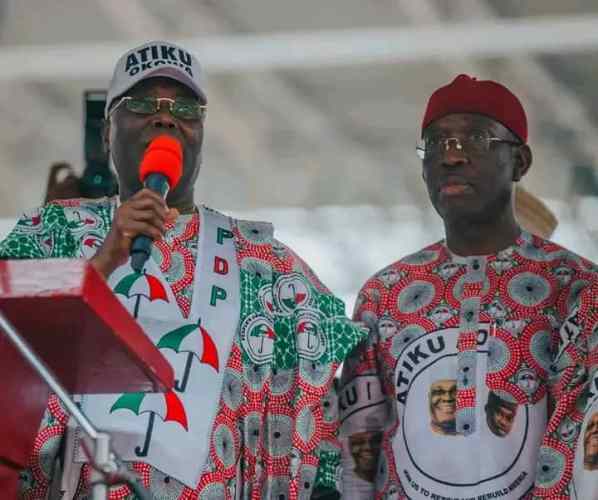 The presidential candidate of the Peoples Democratic Party (PDP), Atiku Abubakar, has assured Oyo State people that he will not disappoint them on the vote of confidence they passed on him on Thursday, in Ibadan.

Newsonline reports that Atiku said he has heard them loud and clear on their call that he becomes the president of the country in May 2023.

Reacting to the Thursday event and support for him, Atiku, promised Oyo residents that he takes warmly the vote of confidence passed on him in Ibadan.

Atiku promised to fulfill his campaign promises if elected on 25, February 2023.

Oyo State, I heard you loud and clear yesterday. I take it warmly as a vote of confidence in me and our great party, PDP. You proved that my love for the Pace-Setter State over the years is not in vain.
My promise to you is this: we shall work closely together in the mission to Recover Nigeria

2023 Election: Buhari To Campaign For Tinubu In 10 States