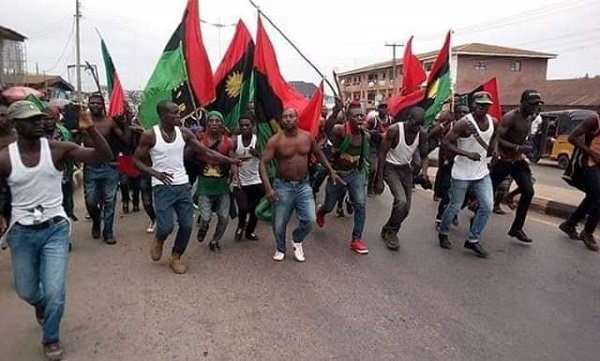 Former Nigerian Governor has revealed those behind ‘Murderous IPOB Gangs‘ in South East.

News Online reports that former Sokoto State governor, Senator Aliyu Magatakarda Wamakko, and serving senator have urged Igbo leaders to converge and work out ways on ending the ongoing killings in the South-Eastern part of the country.

Although he admitted that killings and other forms of criminalities have become a daily vice in all parts of the country, he stated that Igbo leaders are not doing enough to end the carnage in the zone.

Wamakko, who made the remark in a statement issued at the weekend noted that like all well-meaning Nigerians, he had followed with disbelief, pain and disgust the happenings in the fast few months in the South-East and parts of South-South zones of Nigeria.

He noted that “many Northerners living peacefully in some states in the South-East have come under undue harassments lately while a number of them have been murdered in cold blood for simply coming from a section of the country”.

BREAKING: What TB Joshua Told His Church Members Before His Death

He noted that “Prior to the assassination of Ahmed Gulak last Sunday in Imo, tens of our people have suffered similar fate in the hands of the increasingly emboldened IPOB militants.”

He further stressed that in the past week alone, there have been three incidences of arsons and looting against properties belonging to Northern traders travelling in the South-East, adding that last weekend, a truck of onions with about 500 bags of the commodity was ransacked by members of the IPOB in a daylight robbery in Owerri.

He stated that through all these, as individual leaders and collectively, “we have maintained a studied silence by avoiding anything that will further rock the boat. Rather, we have been restraining our own people who are victims of these atrocities by preaching patience and peace.

He however regrettably, “our friends and compatriots, leaders of Igbo extraction, have remained dead silent in the face of increasing assault and effort by their own people to stock a nationwide mayhem.

“For whatever reason it is, I want to loudly call them out to speak up. Silence is no longer acceptable in the face of this clear danger and threat against the country”.