Home Headline BREAKING: What TB Joshua Told His Church Members Before His Death 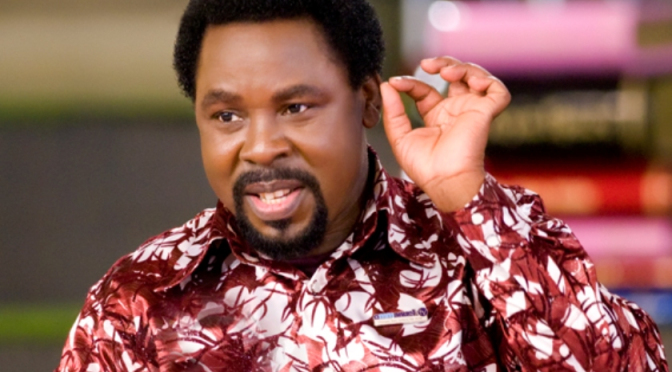 What TB Joshua told his Church Members before his death has emerged.

News Online reports that the Synagogue, Church Of All Nations (SCOAN) has confirmed the last words of its founder, Temitope Balogun Joshua, AKA T.B Joshua.

The renowned gospel preacher, News Online earlier reported died at the age of 57.

The Church also insinuated that God revealed the Prophet’s death to him.

It quoted the book of Amos 3:7 which says, “Surely the Sovereign LORD does nothing without revealing his plan to his servants the prophets.”

It continued, ”God has taken His servant Prophet TB Joshua home – as it should be by divine will. His last moments on earth were spent in the service of God. This is what he was born for, lived for and died for.

”As Prophet TB Joshua says, “The greatest way to use life is to spend it on something that will outlive it”.

BREAKING: Is Pastor TB Joshua Dead? What You Should Know Now

”Prophet TB Joshua leaves a legacy of service and sacrifice to God’s Kingdom that is living for generations yet unborn.”

It further revealed that Prophet TB Joshua’s in his last words urged Christians to watch and pray.

What TB Joshua Told His Church Members Before His Death