Father Mbaka has released a new prophecy for the month of June 2021.

Father Mbaka said in his June prophecies that in “this month of June”, those that believe in the prophecy “will encounter many trials but you shall be victorious.”

Father Mbaka continued in his prophecy that this month of June 2021, “your enemies will fall into that pit they dig for you.”

The controversial Catholic priest prayed for “divine protection and upliftment” adding that they shall “receive turn around blessings in Jesus Name.” 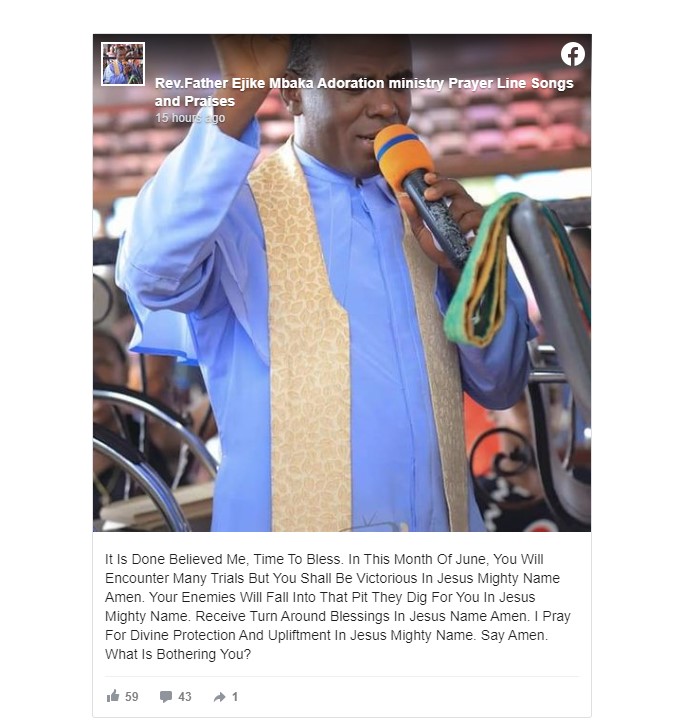 Meanwhile, News Online reports that Father Mbaka June prophecy is coming amid his rift with the Presidency following his attack on President Muhammadu Buhari which eventually led to the accusation that he demanded contracts from Nigeria’s number one man.