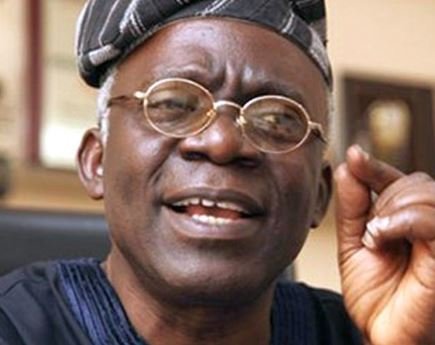 Falana has blasted National Assembly Members over 15-year jail for payment of ransome to kidnappers.

News Online reports that human rights lawyer, Femi Falana, SAN on Friday described as stupid, a Senate bill seeking to prohibit the payment and receipt of ransom for the release of any person kidnapped, imprisoned, or wrongfully confined.

Falana, who spoke on a PUNCH Live interview programme on Friday, argued that the National Assembly should rather focus on ensuring they make laws that guarantee adequate security for every Nigerian.

He said the Terrorism Prevention (Amendment) Bill, 2021, which scaled second reading during plenary on Wednesday, is the most jejune bill and it will fail.

According to the bill, Nigerians who pay ransom to kidnappers and kidnappers who receive ransom risk 15 years imprisonment.

ALSO: Isa Pantami Under Fire Over NCC Order On Submission Of Phone IMEI

Reacting, Falana said all National Assembly members will pay ransom if any of them was kidnapped, adding that ordinary Nigerians paying ransom are pushed by the irresponsibility and the failure of the government to secure lives and properties.

He said, “The bill is the most jejune bill that has ever been entertained by the National Assembly since 1999. It is so irrelevant.

“These guys (lawmakers) are just pretending to be addressing problems but for me, this is like scratching a problem on the surface.

“The bill will fail because it is not well-intentioned. Nobody will want to part with money if you have a functional government,” Falana submitted.

Kidnapping is fast becoming a lucrative ‘enterprise’ in Nigeria as the West African nation’s security situation worsens. Hundreds of Nigerians, mostly the vulnerable – children and women – have fallen victims of kidnappers in recent times and their families have had to part with millions of naira to secure their release after days or even weeks of excruciating pains and agony. Some families have not been so lucky, however, as the daredevil kidnappers rape and kill their victims even after receiving ransom.