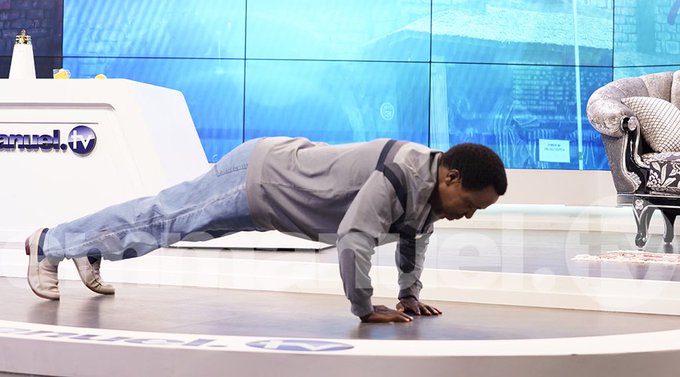 Emerging fact has revealed how TB Joshua died after suffering from a stroke.

News Online earlier reported that the founder of the Synagogue Church of All Nations (SCOAN), a church-based in Lagos, Nigeria’s commercial city, Prophet TB Joshua is dead.

This online news platform understands that Prophet TB Joshua, who is the founder of The Synagogue, Church Of All Nations (SCOAN), died in Lagos, Nigeria’s commercial city, on Saturday evening, June 5, 2021, shortly after finishing a programme in church.

According to a report monitored on TheCable by News Online Nigeria, TB Joshua had a stroke two months ago and was flown by air ambulance to Turkey for treatment, TheCable understands.

This online news platform understands that TB Joshua who has been tagged as controversial in some quarters, recently returned to the country after treatment.

Meanwhile, his church, SCOAN management confirmed his death in a statement issued on Sunday. According to the statement, Joshua, aged 57, died on Saturday but the cause of his death was not stated.

“On Saturday 5th June 2021, Prophet TB Joshua spoke during the Emmanuel TV Partners Meeting: ‘Time for everything – time to come here for prayer and time to return home after the service’,” the statement said.

“God has taken His servant Prophet TB Joshua home – as it should be by divine will. His last moments on earth were spent in the service of God. This is what he was born for, lived for and died for.

“As Prophet TB Joshua says, “The greatest way to use life is to spend it on something that will outlive it.”

“Prophet TB Joshua leaves a legacy of service and sacrifice to God’s Kingdom that is living for generations yet unborn.

“The Synagogue, Church Of All Nations and Emmanuel TV Family appreciate your love, prayers and concern at this time and request a time of privacy for the family.