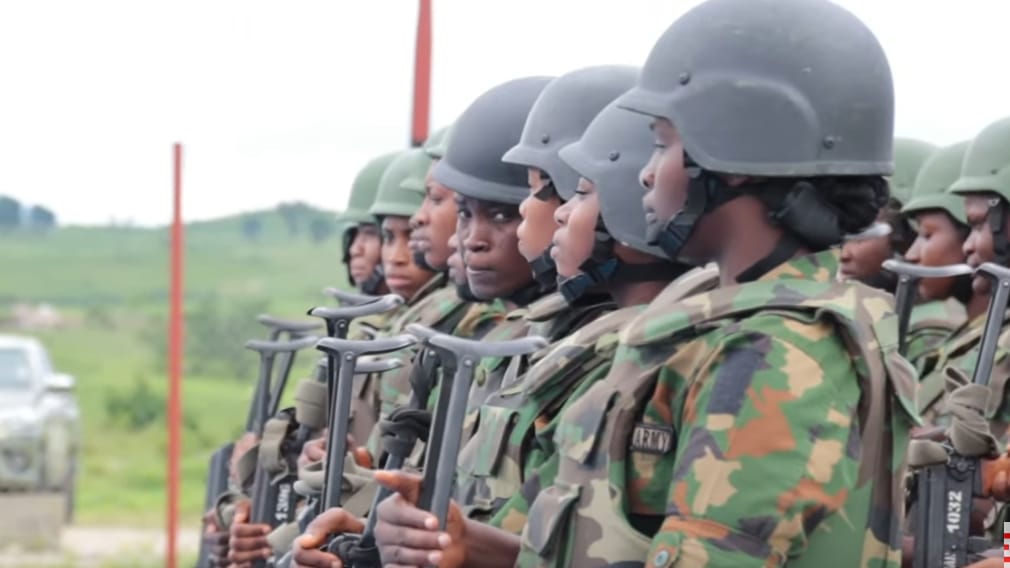 The Nigerian Army has been accused of secretly terminating about 10,000 pregnancies of girls and women of the force.

NewsOnline reports that Amnesty International (Nigeria) disclosed this on Wednesday night on its Twitter handle citing a report by Reuters.

AI quoted that Reuters report as stating that the termination of pregnancies of women and girls of Nigeria Army was carried out secretly and by force.

Amnesty International said abortion was violence against the girls and women involved. It added that though the report by Reuters stated that most of the women and girls that got pregnant were victims of rape and kidnapping at the hands of Islamist militants. AI said for the Army to carry out abortions on girls and women secretly and without their consent was violence against women.

Amnesty called on the Federal government to impartially investigate the report and prosecute those found culpable in the violence against women.

The statement read: “Amnesty International is deeply concerned by the findings of an investigative report by Reuters news agency, which reveals that the Nigerian army has carried out secret, systematic and forced abortions terminating at least 10,000 pregnancies of women and girls.

“Many of the women and girls affected had been kidnapped and raped by Islamist militants. Such forced abortions constitute gender-based violence that may amount to torture, cruel, inhuman or degrading treatment.

“Nigeria as a State party to the Convention for the Elimination of All Forms of Discrimination Against Women (CEDAW) is responsible for acts of its agents, including those by the Nigerian Army that constitute gender-based violence against women.”

On its demand from the Federal government for the women and girls the Army allegedly carried abortions on, Amnesty International called on the Nigerian authorities to:

“Promptly, thoroughly and impartially investigate this report of forced abortions committed by the Nigerian Army;

“Prosecute and ensure appropriate legal and disciplinary sanctions on all those found culpable;

“Provide effective reparations to all victims of forced abortion committed by the Nigerian Army.

Nigeria Army authority and the defence ministry are yet to react to the allegations from Reuters and Amnesty Internation.

Nigeria’s minister of Information, Lai Mohammed is yet to respond to the report.