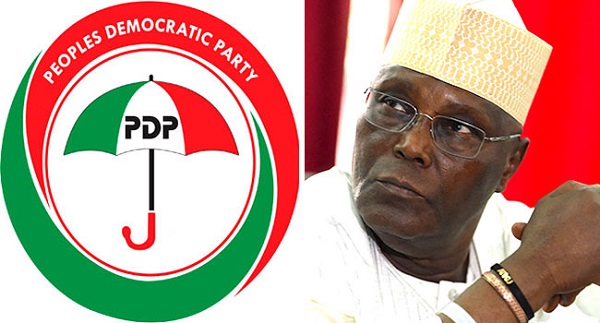 About eight former aspirants under the main opposition Peoples Democratic Party have joined the ruling All Progressives Congress (APC) in Zamafara State.

NewsOnline reports that Zamafara governor, Bello Matawale who welcomed the defectors said more defectors are being expected from the PDP camp.

In a statement on Tuesday by the state APC Publicity Secretary, Yusuf Idris, the former aspirants announced their defection at a meeting with Gov. Bello Matawalle on Tuesday in Gusau, Zamfara.

The other were – Bala Ibrahim and Jamilu Bawa from Birnin Magaji state assembly constituencies, Ibrahim Surajo from Zurmi west and leader of the defecting team, Murtala Mainasara from Shinkafi constituency.

He said the defectors, who were presented to the governor by the state APC Chairman, Alhaji Tukur Danfulani, submitted all their PDP certificates of clearance to the governor.

“Our decision to join APC was due to lack of political focus and direction in the PDP.

“Our defection to the APC was informed by the focused and visionary leadership style of governor Matawalle in tackling insecurity and bringing economic transformation,” Idris quoted Mainasara as saying.

Idris also quoted Matawalle as saying while receiving the defectors that APC was a party for all reasonable and patriotic Nigerians focusing on development.

“The governor commended them for what he described as a wise decision of joining the APC.
“Matawalle said he is not surprised over their decision considering their level of exposure and determination to bring development to the door steps of the electorate,” Idris said.

Earlier, while presenting the defectors to the governor, Danfulani said: ‘Ín the next few days, more PDP supporters would join APC.”

Atiku Is A Liar, He Was Never Economy Head Under Obasanjo- Ezekwesili

Peter Obi Is Incorruptible, The Best For Nigeria- Labour Party