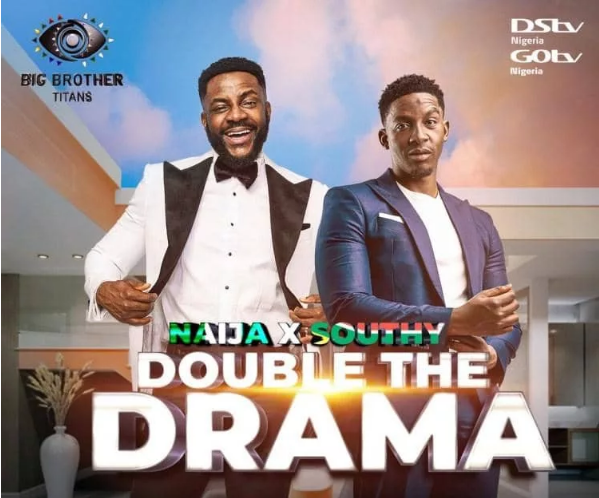 NewsOnline reports that the first season of Big Brother Titans begins, on Sunday, with viewers across the African continent set to be tuned in for this year’s edition of the reality TV show.

The live show will feature selected housemates from Nigeria and South Africa in one Big Brother House for 72 days and they will play the game for the ultimate prize of $100,000.

The show is an African version of the Banijay Boards Reality TV show which features contestants from South Africa and Nigeria to fuse the two countries’ versions of the Big Brother franchise with high expectations of thrilling entertainment.

According to the Executive Head, of Content, MultiChoice Nigeria, Dr. Busola Tejumola, the show will thrill the TV audience with 10 weeks of undiluted entertainment from the Big Brother Titans House.

The last man or woman standing will walk away with a cash prize $100,000 and other mouthwatering prizes.

Viewers across the African continent will also be able to keep their favourite housemates on the show through the voting options available on Africa Magic website, MyDStv and MyGOtv apps.

Big Brother Titans will also be available to stream on Showmax. Fans of BBNaija and BBMzansi in the United Kingdom, Republic of Ireland, and 45 other countries in Sub-Saharan Africa can follow the drama 24/7 on the streaming service.