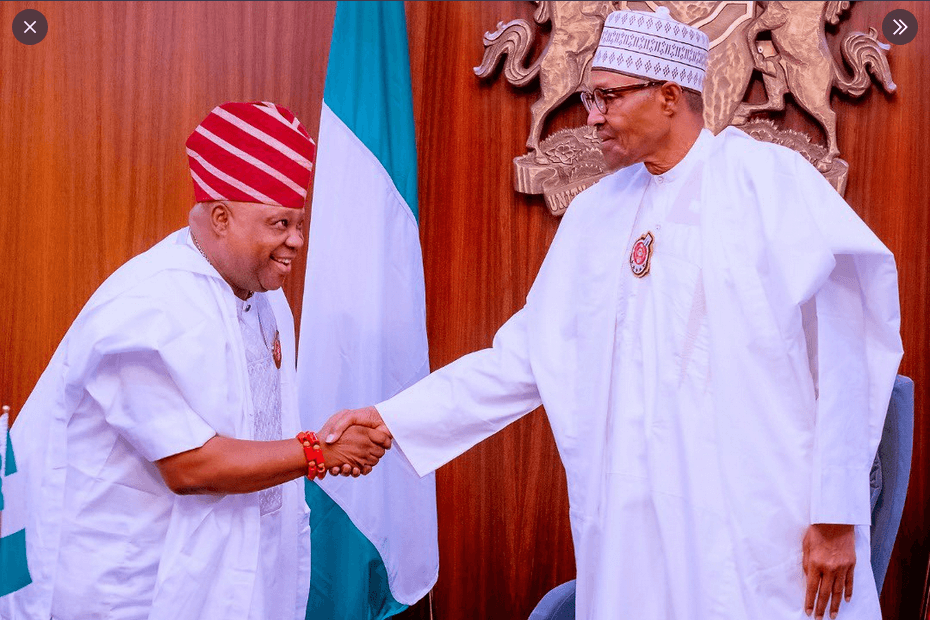 Osun State Governor, Ademola Adeleke, has described President Muhammadu Buhari as a true father who amid party differences is committed to fairness and justice.

NewsOnline reports that Senator Adeleke said as a beneficiary of the 2022 Electoral Act, it was important that he commends the president on his stance on a free and fair election which necessitated his signing of the new electoral act that enable his victory over the former governor of the state.

Adeleke made the commendation on Friday while he paid a courtesy visit to President Buhari, at State House in Abuja.

Recall that Adeleke defeated the then-incumbent governor, Gboyega Oyetola who was an All Progressives Congress (APC) governor seeking reelection in the July 2022 election.

READ ALSO: WHY I WON’T CAMPAIGN FOR PETER OBI – OBASANJO

The Osun governor also said the directive of the security agencies to remain neutral and ensure security on election day without interference was helpful in ensuring his emergence as governor.

“I am a beneficiary of the new Electoral Law you signed, as it paved the way for free and fair elections. The security agencies followed your instruction to be fair and firm, and I am so proud of you. You’re a true father, regardless of political party differences,” Adeleke said.

Tolu Ogunlesi, Special Assistant to President on Digital and New Media, said the commendation by Adeleke is one in many from political office holders from opposition parties on the integrity of the president and his determination to treat all Nigerians fairly without political differences consideration.

Ogunlesi recalled that in 2017, the senator representing Anambra South, Ifeanyi Ubah of Young Progressives Party (YPP) also thanked the president for his stance on free and fair elections.

“The recent elections in Anambra and the results show that President Buhari deserves a loud ovation. A landmark statement has been made. The roots of our democracy have been entrenched and your name has been inscribed in gold forever in the hearts of Ndi Anambra,” Ifeanyi Ubah said in 2017.

Minister of State for Labour and Employment, and the spokesman for the APC presidential campaign council, Festus Keyamo, in reaction to Adeleke’s commendation said President Buhari has laid a legacy for Nigeria’s democracy.

“Coming from a background of activism, we stuck our necks out in 2015 and 2019 and asked Nigerians to vote for one with impeccable integrity. Today, we have been proved right as PMB (President Muhammadu Buhari) will exit power in a blaze of glory. Even the opposition is now acknowledging his integrity,” Keyamo said.