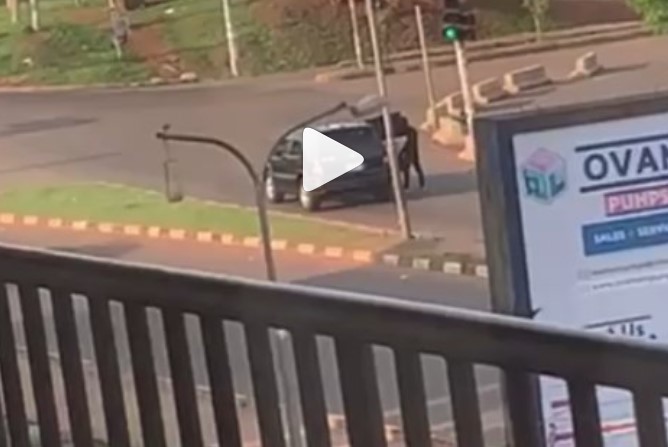 News Online earlier reported that the former High Court Judge Stanley Nnaji was killed by unidentified gunmen in Enugu on Sunday evening while driving in a black Mercedes Benz SUV.

His killing was captured on camera and the video posted on Twitter by an eyewitness.

The deceased, who hailed from Mbu, Isi-Uzo Local government council of the state was shot severally beside the Enugu Diagnostics Centre, by Ebeano Tunnel, after he was double-crossed and dragged out of his car.

The assailants who were driving in a red coloured jeep also made away with his vehicle.

The Enugu State Police Command which confirmed the incident assured that the culprits must be arrested.

In a statement by the Police Public Relations Officer, Daniel Ndukwe, the Commissioner of Police, Mohammed Ndatsu Aliyu, has ordered the launch of a full-scale manhunt of the yet-to-be-identified armed assailants.

He alleged that the gunmen had trailed and shot dead the ex-judge while driving in a Mercedes Benz Jeep, along with Ebeano Tunnel, Enugu.

“The victim was rushed to the hospital, where he was confirmed dead by doctors on duty and deposited in the mortuary for autopsy”, he said.

While assuring that no stone would be left unturned in fishing out perpetrators of the heinous crime, the State Police Commissioner called on residents of the State to remain law-abiding, vigilant and assist the Police with useful information that would lead to the arrest and prosecution of the assailants.