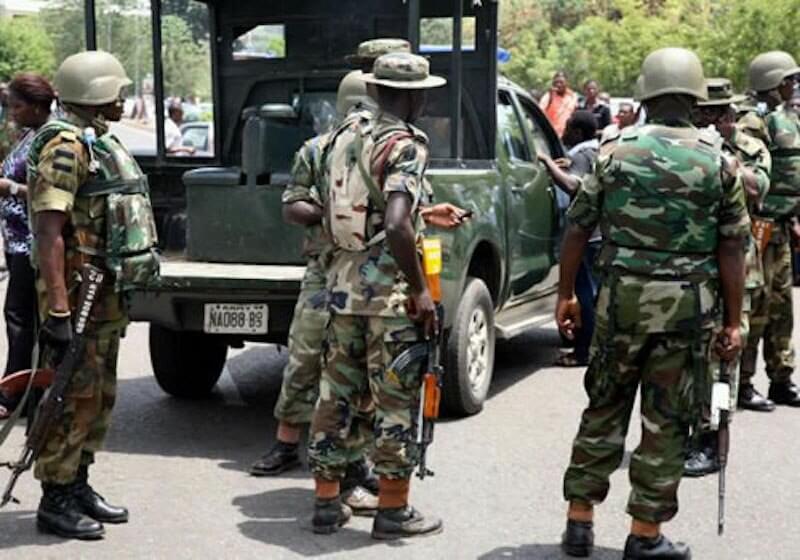 News Online reports that the Nigerian Army has dismissed at least 3,040 soldiers from service for various acts of misconduct and indiscipline.

Some of the soldiers, News Online understands were discharged for cowardice, forgery, drunkenness, poor performance, disobedience to orders, absence from duty/parade, and failure to perform military duty.

Others were dismissed for conspiracy, ‘misfire,’ stealing, impersonation, attempted rape, assault, the unlawful release of prisoners, and cheating.

The names of the personnel were contained in a 90-page document titled, ‘List of soldiers dismissed from the Nigerian Army,’ seen by our correspondent in Abuja on Friday.

The dismissal period was, however, not mentioned in the document.

Over 1,000 soldiers were discharged for AWOL (Away Without Leave), while hundreds of others were sacked for desertion.

More than 20 others were equally dismissed for having foreign spouses, pregnancy without marriage, attempting to have sex with a colleague’s wife, hiding from the enemy, attending civilian burials in military uniforms, negligence, loss of ammunition, theft of rifles, sleeping on sentry duty, travelling without a pass, among other things.

While Sgt. Abdullahi Usman was dismissed for going away without leave, Samson Tart was dismissed for attempted rape, L/Corporals Thlama Jaduwa and Ujah Stephen were relieved for illegal duty and indiscipline respectively.

L/Cpl Nande Samson and Cpl Julius Abiodun were sacked for five-day absence and disobedience to order, respectively, while Akaa Abani and Daniel Timothy, both privates, were sacked for possession of Indian hemp.

Pte Danlamin Garba was discharged for disgraceful conduct while Mohammed Ibrahim and Aliyu Dangaladima were dismissed for stealing.

Bassey Asinya was discharged for murder, Adeosun Kazeem sacked for manslaughter while Alisabatu Tanko was dismissed for getting pregnant out of wedlock.

Meanwhile, the Nigeria Army has restated its commitment to fight numerous security challenges in various parts of the country.

According to News Agency of Nigeria (NAN), the military has been battling various security challenges occasioned by the activities of Boko Haram terrorists, armed bandits, kidnappers, and other criminal elements.

Ali-Keffi, who was the Reviewing Officer and Special Guest of Honour at the event, said the army “will not rest on our oars until this country is safe for all of us.’’

He noted that since the establishment of military Depot in 1924, Nigerian Army has the mandate of transforming able-bodied civilians into soldiers to meet the manpower requirement of the Nigerian Army.

“This function is of utmost importance, considering the numerous challenges bedevilling our beloved country.

“It is noteworthy that as you pass out today, the strength of the Nigerian Army has been enhanced by 6,400 able-bodied men and women,” he said.