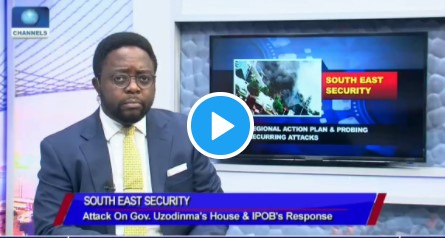 Watch IPOB Interview That Made FG To Suspend Channels TV.

NewsOnline Nigeria earlier reported that the federal government of Nigeria has suspended Channels TV for interviewing the leaders of IPOB some days ago.

The suspension didn’t just stop at that, the TV was also fined the sum of N5 million naira by the national broadcasting commission (NBC)

This has been met with so much rejection and backlashes as so many claimed that the government isn’t democratic in its approach to tame the media in Nigeria.

However, here is the video that caused the suspension slammed on Channels TV